On 14 October 2016, the documentary film "Soils2Sea: Reducing nutrient loadings into the Baltic Sea" premiered in Poland. Developed and produced by Dr. Grit Martinez (Ecologic Institute) and Anne Berrini (berrini films) with support from Dr. Przemyslaw Wachniew (AGH University of Science and Technology Krakow), the movie illustrates the societal story of implementing the EU's nitrate directive at regional realities in the EU member states, particularly in the Kocinka catchment area in south central Poland. The 35-minute film will be available soon on Ecologic Institute's website.

The Baltic Sea - one of the most heavily polluted seas in the world - owes its critical water quality mainly to fast agricultural run-offs and wastewaters traveling via surface and ground waters. Poland, a country with 500 km coastline and 40 rivers on its territory, holds 1st in agricultural production in the European Union and makes up 50% of the entire population of the Baltic Sea drainage basin.

The Baltic Sea is the recipient of incessant pollutants. This occurs due to deposits from the at-mosphere, ocean transport, waste disposal, energy generation, fish farming and tourism. The most significant causes of over-fertilization are, however, found on land: in the production of agricultural crops and livestock as well as the disposal of wastewater.

Nutrient inputs from the Baltic riparian states reach five-figure digits each year. Sweden, Russia and Poland had the largest share of nitrogen deposits in 2011. Since 2014 the project "BONUS-Soils2Sea"is analyzing the hydrological and biochemical conditions in soils along with the cultural, economic and political contexts. For the Bonus Soils2Sea project, significant areas of study were selected in countries with high contribution of phosphorus and nitrogen. In close collaboration with farmers, industrial and political decision-makers local and regional level solutions to diminish nutrient run-offs into the catchment are discussed in several workshops.

The film "Soils2Sea: Reducing nutrient loadings into the Baltic Sea" pays special attention to the development of the 'polish way of farming', its manifestations and potential solutions for reduction of water pollution. Situated between Germany and Russia, Poland's history has been turbulent: changes in borders, power struggles, war. Poland first became a Republic in 1918, after more than 123 years of occupation. In the 20th century, the country went through rapid industrialization, but remained strongly influenced by rural traditions. The national and constitutional emphasis of the church and the firm roots of long-established farming communities helped to withstand the dramatic years of separation. Less than 100 years ago the area where the Kocinka catchment area can be found today was divided between Germany, Austria and Russia. And although the agricultural structures changed during the socialist regime, a large quantity of the land remained private property, in contrast to other Eastern Bloc countries. Socialist agriculture in Poland, with its extensive single unit production, has left its traces. The effects of this pollution in Poland remain a problem today.

The film has received funding from BONUS, the joint Baltic Sea research and development pro-gramme (Art 185), funded jointly from the European Union's Seventh Programme for research, technological development and demonstration and from The Danish Council for Strategic Research, The Swedish Environmental Protection Agency (Naturvådsverket), The Polish National Centre for Research and Development, The German Ministry for Education and Research (Bundesministerium für Bildung und Forschung), and The Russian Foundation for Basic Researches (RFBR).

Diffuse Water Pollution from Agriculture (DWPA) and its governance has received increased attention as a policy concern across the globe. Mitigation of DWPA is a complex problem that requires a mix of policy instruments and a multi-agency, broad societal response. In this article - to which Dr. Grit Martinez and Dr. Nico Stelljes of Ecologic Institute contributed as co-authors - opportunities and barriers for developing co-governance, defined as collaborative societal involvement in the functions of government, and its suitability for mitigation of DWPA, are reviewed using seven case studies in Europe, Australia and North America. The article is available for download.

Opportunities and Barriers for Water Co-Governance

A Critical Analysis of Seven Cases of Diffuse Water Pollution from Agriculture in Europe, Australia and North America

Read more
Event:Workshop
The Baltic Sea is among the most polluted water bodies in the world because of poor land and water management in the basin. In many cases, water resources in the Baltic Sea region are transboundary and flow across national borders linking neighbours in management and development challenges. After many years of silence amongst Polish and Russian authorities, a meeting between regional water authorities from Olsztyn in Poland and Kaliningrad Oblask in Russia was arranged in eastern Poland with the support of Ecologic Institute. The event slides are available for download.

This final conference will introduce results of four BONUS projects ending in 2018. Novel approaches for managing nutrients, as well as governance approaches for the Baltic Sea region will be presented for discussion. Ecologic Institute will present research results of the BONUS project Soils2Sea. All scientists and stakeholders with a vested interest in sustainable ecosystem-based governance in the Baltic Sea region are invited to join the conference.

Read more
Event:Workshop
The second BONUS Soils2Sea workshop in the Swedish case study region brought together project partners from BONUS Soils2Sea, as well as an engaged group of Polish and Swedish farmers, representatives from the community Mykanow, a representative from a fishing association, the Länsstyrelsen Skåne (The County Administrative Board Skåne), and Havs- och vattenmyndigheten (Swedish Marine and Water Authority). Highlights of the workshop were a film screening of a Soils2Sea documentary recently shot in Poland, presentations on the Tullstorp river restoration project, and a world cafe stakeholder discussion on different governance scenarios to regulate nutrients. The workshop was followed by a field trip to the Tullstorp river, where the different restoration measures and the recently created wetlands could be experienced hands-on.

Read more
Publication:Video
The documentary film "Soils2Sea: Reducing nutrient loadings into the Baltic Sea" illustrates the societal story of implementing the EU's nitrate directive at regional realities in the EU member states, and in particularly in the Kocinka catchment area in south central Poland. The movie was developed and produced by Dr. Grit Martinez (Ecologic Institute) and Anne Berrini (berrini films) with support from Dr. Przemysław Wachniew (AGH University of Science and Technology Krakow) and is available via Ecologic Institute's YouTube channel.

Both the Baltic Sea Action Plan and the EU Water Framework Directive require substantial further reductions of nutrient loads (N and P) to the Baltic Sea during the coming years. Achievements of these goals will only be possible by the implementation of fundamental changes in agricultural practices and land use. To this end, a team of researchers from eight institutions across the EU and Russia, will investigate the introduction of additional new and innovative measures to reduce nutrient loads.

PresentationPanel discussionThe Most Crucial Mechanisms and Phenomena in the Soils and Ground-Waters and in the Communities – Soils2Sea
Grit Martinez während der Diskussionsrunde (Quelle: EUSBSR)
At the 5th Annual Forum of the EU Strategy for the Baltic Sea Region (EUSBSR), Dr. Grit Martinez, Senior Fellow at Ecologic Institute outlined the research approach of the BONUS-project "Soils2Sea" at the work stream session: "Successful cooperation: research,... Read more

Panel discussion:The Most Crucial Mechanisms and Phenomena in the Soils and Ground-Waters and in the Communities – Soils2Sea 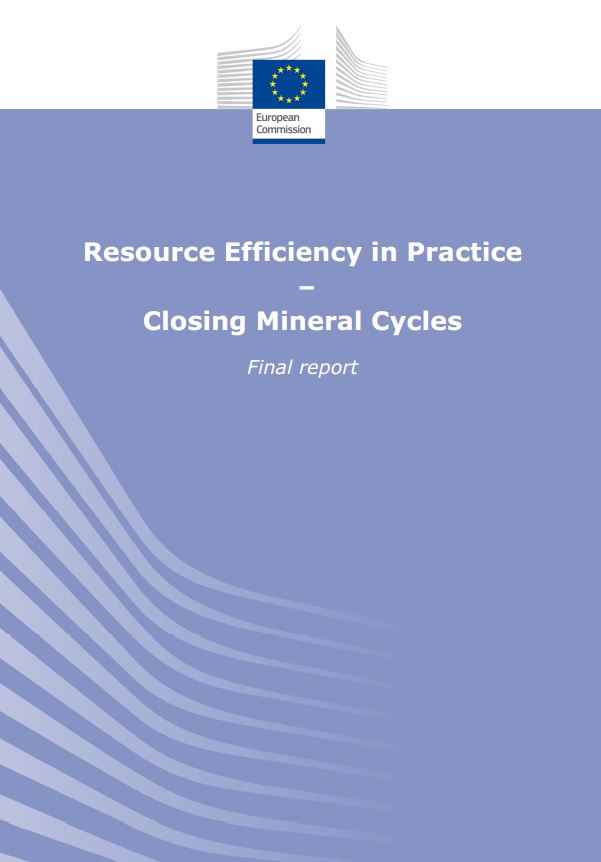 The issue of closing mineral cycles was analyzed in eight European regions and the results are presented in the report "Resource Efficiency in Practice – Closing Mineral Cycles". The authors of BIO IS, Ecologic Institute, AMEC, Danish Technical University, University of... Read more