Dr. Camilla Bausch provided live comments for the news service WELT during Ursula von der Leyen's keynote address on the European Green Deal (EGN) at the World Economic Forum in Davos. Von der Leyen presented tenets of the EGN – her key political project as the new EC President. The EGN aims to set a path for a climate neutral economy by 2050.

Dr. Bausch spoke to the importance of alliances and cooperation within the EU and the world. She touched on the responsibilities of industry and governments as well as consumers. She also remarked briefly on the social acceptability of the steps necessary to transform into climate-neutral economy. Dr. Bausch’s contribution takes place at 2:58 - 6:45 and from 35:00.

Von der Leyen’s speech can be viewed here in the original English.

The new conservative President of the EU Commission, Ursula v.d. Leyen, laid out a plan for a climate neutral EU which will require transformation and offer opportunities.

In recent months, proponents of more ambitious climate action have rallied behind the concept of a "Green New Deal" (GND) in the US – and the notion of a "European Green Deal" is now on the agenda in the EU. But what would such green deals imply? Originally, the concept... Read more

Digital Event:State of Play on the "Green Deals" in the EU and US 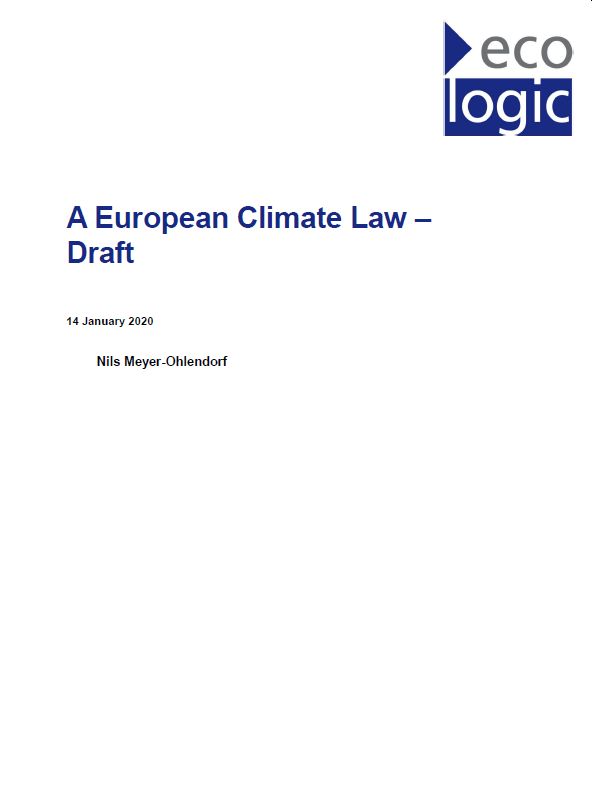 The European Commission will propose a European Climate Law in early March 2020. This 'Law' is a critical step to make Europe climate neutral. It can close gaps in existing EU climate rules. These gaps will impede the EU from becoming climate neutral before 2050. A new... Read more 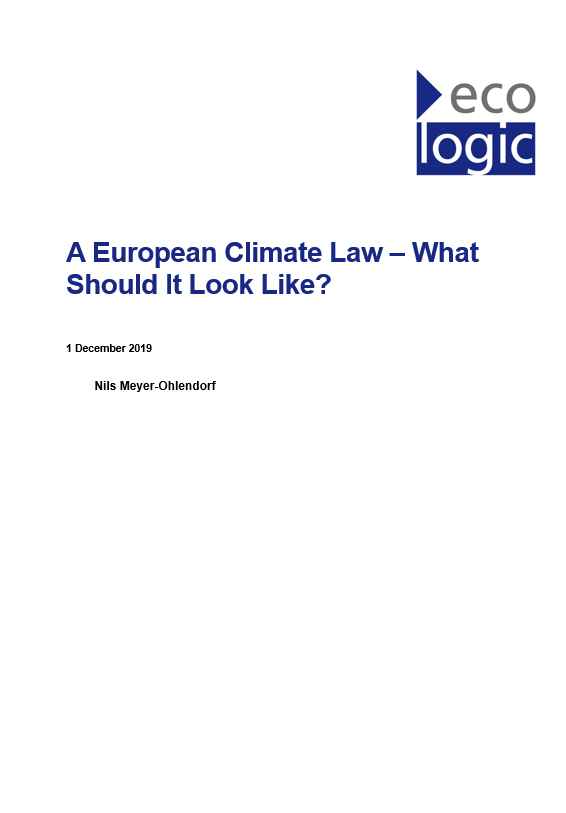 Dr. Camilla Bausch
Germany has long been a pioneer in setting national climate targets – but it is experiencing trouble in adopting the necessary policies to meet them. To this end, Germany has decided to draft a general climate change law to provide a legal framework to facilitate the... Read more