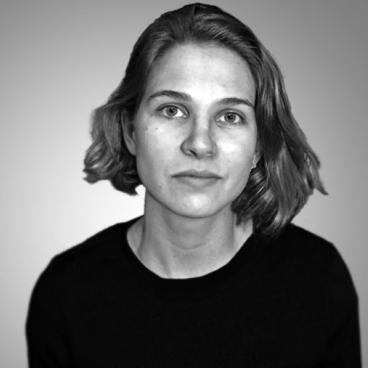 Isabel Seeger is an Associate at Ecologic Institute. From February 2021 until September 2022, she worked at Ecologic Institute – first as an International Fellow and then as a Junior Researcher. Isabel’s main research interests are the protection of marine and freshwater biodiversity, maritime spatial planning, fair and sustainable transport, climate change adaptation, and environmental economics. Her mother tongue is German; she works in English, Dutch and French and is learning Russian and Brazilian Portuguese.

As part of her work at Ecologic Institute, Isabel supported the PONDERFUL project – a project on how pondscapes can be used as nature-based solutions for biodiversity protection and climate change adaptation and mitigation. Specifically, she worked on local and EU policy analyses, sustainable biodiversity finance and economic evaluations of pondscapes. She also contributes to the UNITED project on multi-use opportunities in the blue economy. In this context, she studied the business model and economics of mussel and seaweed farming in offshore wind parks in the German North Sea. Isabel also worked on the Ark-MPA project on establishing networks of Marine Protected Areas in the Arctic. She focused on the Arctic blue economy and the potential conflict with biodiversity conservation. In addition, Isabel worked on diverse tasks ranging from maritime spatial planning, offshore renewable energy development, sustainable ports and shipping, EU implementation of SDG14 and industrial water savings for the European Topic Centre on Inland, Coastal and Marine Waters (ETC-ICM) and was engaged in an internal initiative on diversity and anti-racism at Ecologic Institute.

Before joining Ecologic Institute, Isabel worked on the STRONG High Seas project aimed at protecting biodiversity beyond national jurisdiction, first as an intern with IDDRI in Paris (France) and later as a student research assistant at IASS in Potsdam (Germany). She was also a Carlo-Schmid intern at the OECD Environment Directorate, where she supported the Special Advisor to the Director. Isabel is a board member of the activist collective Youth for Sustainable Travel and a canoe guide offering city tours on Berlin history, politics and ecology on the Spree River.

Isabel studied Environmental Policy & Political Sciences at Sciences Po Paris (France) and Freie Universität Berlin (Germany), where she wrote a thesis on the right-wing populist party AfD and the way climate change impacts German forests. Before that, she obtained an interdisciplinary bachelor's degree in social sciences from University College Utrecht in the Netherlands. During her studies, she spent a semester at the Smolny Institute in Saint Petersburg in Russia studying Russian politics, history and literature. 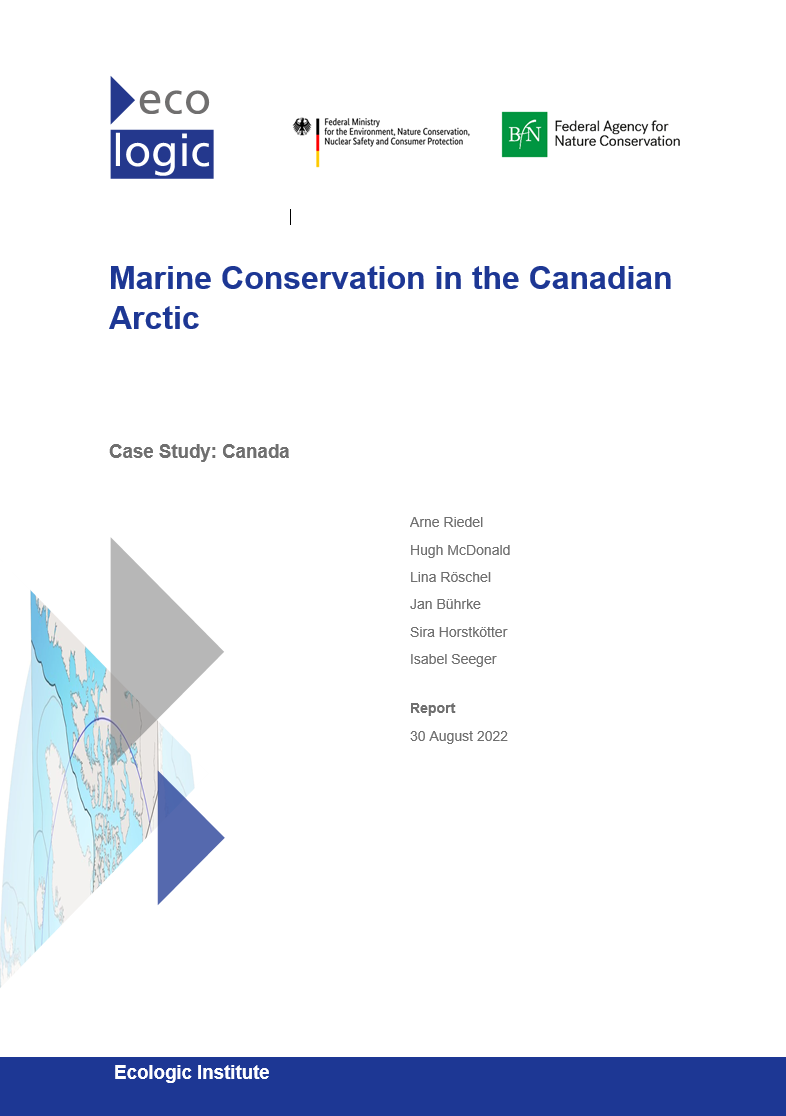 This report contains one of six case studies of the ArkMPA, including five on marine policies in states bordering the Arctic Ocean, and one overarching regional report. The case study provides an overview of the Canadian marine Arctic environment in terms of: 1) the state and status of its ecosystems and their biodiversity; 2) the drivers and associated pressures that impact marine ecosystem health, as well as 3) the policies in place to protect the marine environment, in particular through marine protected areas.

Marine Conservation in the Canadian Arctic 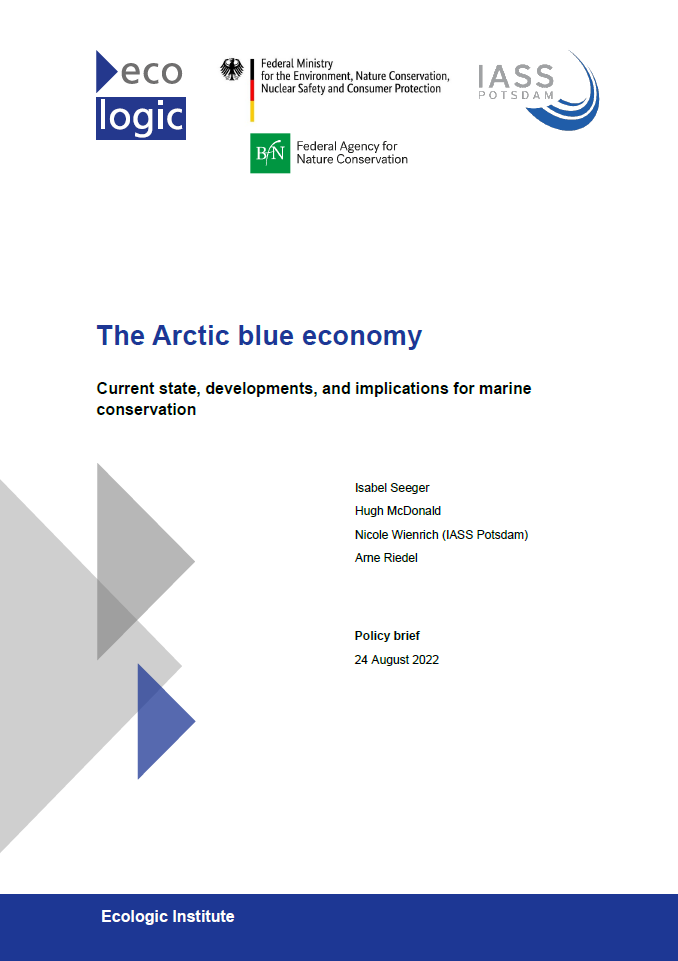 This policy brief surveys the current state and recent development of the Arctic blue economy in the five Arctic coastal states (Canada, Denmark, USA, Russia and Norway), as well as the Arctic High Seas, to understand potential impacts on Arctic marine biodiversity. It also analyses the driving factors behind these developments.

Read more
Event:Digital Event
To continue the successful exchange on various aspects of Arctic marine conservation in November 2020, twenty international experts from research and policy came together again in a virtual meeting for the "Arctic Marine Conservation Dialogue" on 17 and 18 November 2021.

Read more
Project:Horizon 2020
The H2020 EU-funded PONDERFUL project will investigate how ponds can be used as nature-based solutions (NBS) for climate change. It will evaluate the interaction and feedback between biodiversity, ecosystem services and climate in pondscapes.

Read more
Project
The consequences of climate change are much more visible in the Arctic than in other regions of the world. The increasing loss of sea ice allows to use parts of the Arctic Ocean for a longer time and more intensively than before. This could threaten biodiversity in the polar region critically. Ecologic Institute and its partners are analyzing how a network of marine protected areas in the region could help to conserve marine biodiversity and ensure the functioning of marine ecosystems and their effective management.

Read more
Project
Ecologic Institute is member of the European Topic Centre on Inland, Coastal and Marine waters (ETC-ICM) which works with the European Environment Agency (EEA) under a Framework Partnership Agreement for the period from 2019 to 2021.