Rights of Nature: Legal Perspectives from America and its Implications in International Environmental Law

Rights of Nature: Legal Perspectives from America and its Implications in International Environmental Law

Watch the video and the poster

In this presentation, Ecologic Institute's International Climate Protection Fellow Mario Alejandro Delgado Galarraga reviews whether the evolution of Rights of Nature in America has influenced International Environmental Law, especially at a regional level. It appraises and contrasts national legal conducts with the Inter-American Court of Human Rights' Advisory Opinion "OC-23/17" (Environment and Human Rights). Thus, it centres on Comparative Law and International Environmental Law. The presentation was held during the IUCN World Conservation Congress 2021.

The relevance of this study resides in the urgent need of finding an alternative approach to stop environmental harm and its consequences. For instance, nowadays, it is more than evident that, although States have adopted various international commitments, the unpleasant scenario of climate change is not changing.

In this context, Rights of Nature emerged as a legal tool that seeks to avoid, primarily, environmental harm. One of the main foundations of this set of rights relies on the idea of changing the usual paradigm about the environment, i.e. from objects to subjects of law.

However, Rights of Nature have not remained only within legal boundaries. Their formation gathered numerous approaches, namely, philosophical thoughts, science evidence, cultural heritage, legal development and social participation that intend to create certain rules of harmonic coexistence between human beings and the natural world.

In the legal sphere, numerous States worldwide have recognized this set of rights; however, this concept gained more importance in American States. They have included the Rights of Nature into their legal system in different manners, e.g. constitutional framework (Ecuador, Mexico), legal acts (Belize, Bolivia, Ecuador) and court decisions (Colombia, Guatemala).

Most importantly, the Inter-American Court of Human Rights, in its Advisory Opinion about the environment and human rights, endorsed Right of Nature's foundations when developing the concept and scope of the right to a healthy environment.  Briefly, the Court declared, among other things, that environmental protection does not depend on nature’s utility to human beings; rather, it should be performed for the intrinsic value of the environment and its elements.

In this context, the first section of the presentation will examine the legal foundations and basic rights that shape the Rights of Nature. The second part will briefly review the Inter-American Court of Human Rights' Advisory Opinion "OC-23/17," by providing an alternative interpretation about its content. The presentation will focus, mainly, in the conception of the right to a healthy environment and the foundation that the Court gave to it.

Finally, the discussion will succinctly contrast the foundation of Rights of Nature (factual evidences, legal evolution and even some ancestral beliefs), with the Advisory Opinion text interpretation.

The conclusion will depict whether there was an influence, by countries that have recognized Rights of Nature, on the Inter-American Court of Human Rights decision. This research might pose a new question to discuss about: to what extent may the current panorama influence the recognition of Rights of Nature at the international arena?

Mario Delgado is an International Climate Protection Fellow from the Alexander von Humboldt Foundation. The presentation was supported by the Foundation.

Why should International Law, and any other legal systems, include RON within their legal structure? Let us put it simple: To protect life itself! 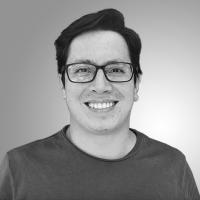