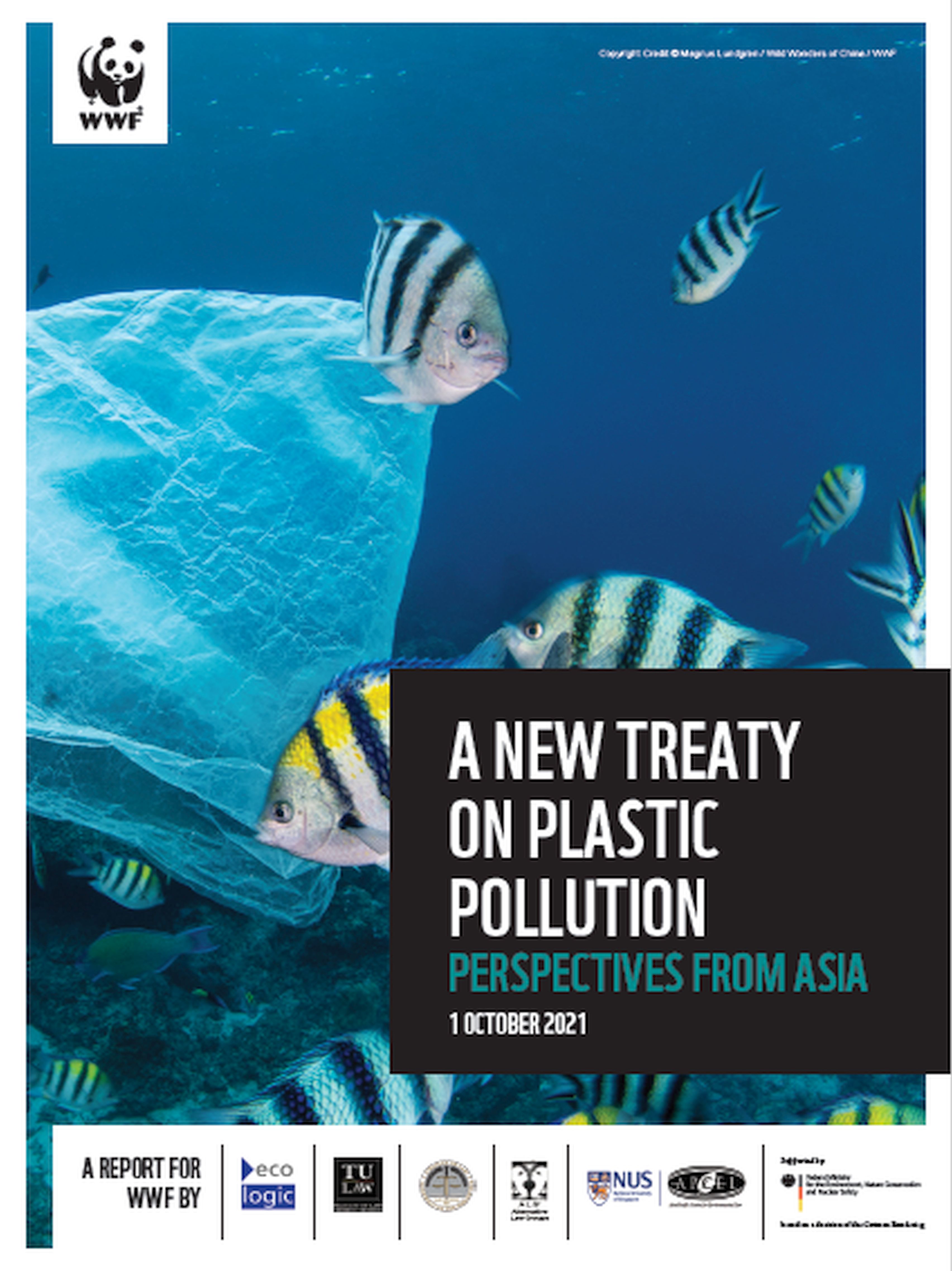 To study the Asian perspectives on a global plastic pollution treaty, information was gathered from 16 countries, i.e. Bhutan, Brunei, China, India, Indonesia, Japan, the Republic of Korea, Laos, Malaysia, Maldives, the Philippines, Singapore, Sri Lanka, Thailand, Timor Leste and Viet Nam. The project team was able to collect oral and written responses to a questionnaire developed for the purpose from government officials of 10 countries and supplemented the findings via desk-based research, including from countries which did not respond to the questionnaire.

The research report highlights some of the measures of relevance for the international debate already taken at national level, namely action plans, policies to phase out certain single-use plastic products and extended producer responsibility schemes. It also discusses the following challenges experienced in the region: a lack of data along the life-cycle of plastics, insufficient monitoring and gaps in knowledge on marine plastic pollution, access to financial resources and technology, limited response options for coastal plastic pollution, ineffective plastic waste management, and engagement of the plastic industry.

In the Asian region, support for a global plastic pollution treaty has been growing throughout 2021. The research report identifies the countries already calling publicly for the establishment of a negotiation process, but also describes remaining concerns. Based on the feedback received from government officials of the Asian region, it also elaborates on the possible added value of a new global plastic pollution treaty. Taking into account recent publications and debates, the research report presents possible treaty elements and assesses them in light of the challenges and experiences of countries in the Asian region. 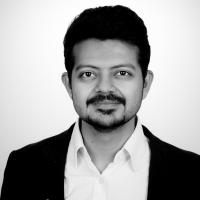 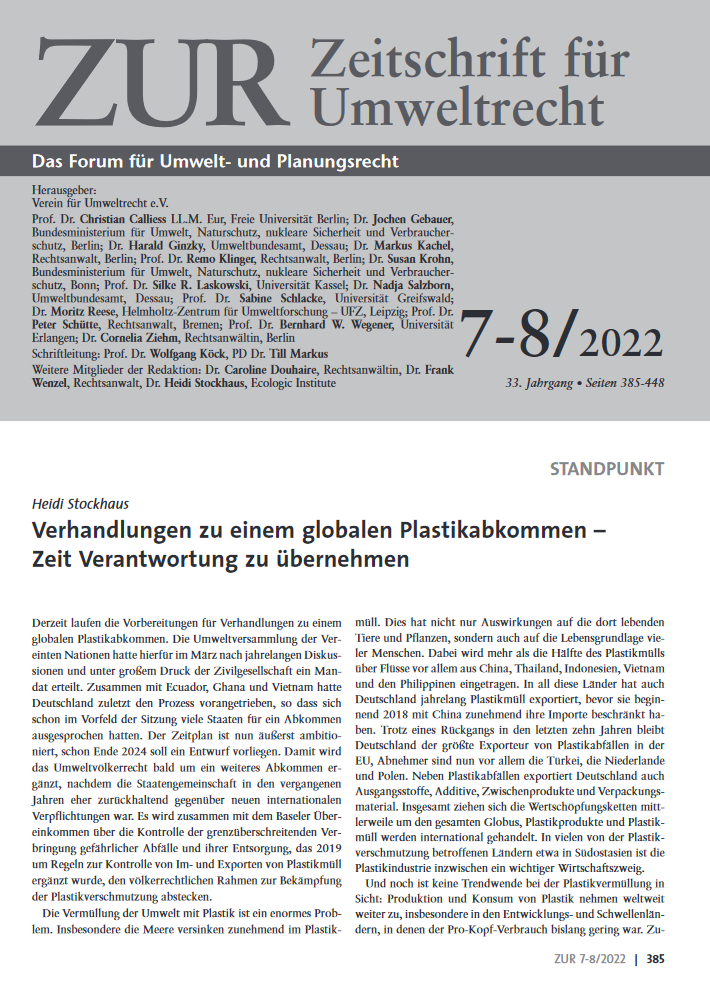 Preparations are currently underway for negotiations on a global plastics treaty. The treaty is intended to respond to the increasing plastic pollution, especially of the oceans, which requires international cooperation along the value chain and thus binding rules at the international level. The timetable for the negotiations is extremely ambitious, with a draft to be available as early as the end of 2024. In her editorial, Heidi Stockhaus highlights the global dimension of the problem and points to the responsibility of Germany and the EU to help the negotiation process succeed.

Read more
Project
Plastic pollution has become one of the most pressing environmental issues. Calls for a global treaty to tackle plastic pollution have increased over the last years, discussions will continue at the next sessions of the UN Environment Assembly in February 2022. After the Ad Hoc Open-Ended Expert Group on Marine Litter and Microplastics concluded its work in November 2020, various countries have started to prepare positions and forge alliances in preparation of these pending discussions.

1 INTRODUCTION
1.1 OBJECTIVE OF THE REPORT
1.2 PROCESS AND ENGAGEMENT
2 TACKLING PLASTIC POLLUTION
2.1 THE PLASTIC POLLUTION CRISIS
2.2 THE ROAD TOWARDS A GLOBAL TREATY ON MARINE PLASTIC POLLUTION
3 ASIAN PERSPECTIVES ON THE PLASTIC POLLUTION CRISIS
3.1 ASIA – A DIVERSE REGION
3.2 NATIONAL AND REGIONAL SOLUTIONS IN THE ASIAN REGION
3.3 CHALLENGES AND NEEDS IN THE ASIAN REGION
4 ASIAN POSITIONS ON A GLOBAL PLASTIC POLLUTION TREATY
5 ELEMENTS OF A GLOBAL PLASTIC POLLUTION TREATY – WHERE WE STAND
5.1 TREATY DESIGN AND FUTURE DEVELOPMENT
5.2 ELEMENTS TO TARGET MARINE PLASTIC POLLUTION
5.3 CUSTOMISE COMMON ELEMENTS FOR MARINE PLASTICS GOVERNANCE
6 CONCLUSIONS ON THE ADDED VALUE OF A GLOBAL TREATY
7 OPTIONS FOR ASIAN COUNTRIES FOR THE ROAD AHEAD
7.1 IDENTIFY CHALLENGES AND NEEDS
7.2 PRESENT BEST PRACTICE EXAMPLES AND LESSONS LEARNT
7.3 FORMULATE AND PRIORITISE EXPECTATIONS
7.4 BUILD ALLIANCES WITHIN AND BEYOND THE ASIAN REGION
7.5 ACTIVELY ENGAGE IN THE INTERNATIONAL DEBATE
8 REFERENCES
8.1 LITERATURE
8.2 REGIONAL ACTION PLANS
8.3 NATIONAL POLICY DOCUMENTS AND LEGISLATION
8.4 LIST OF RESPONSES TO THE QUESTIONNAIRE
LIST OF FIGURES
FIGURE 1: THE LIFECYCLE OF PLASTIC
FIGURE 2: UNEA TIMELINE
LIST OF TABLES
TABLE 1: SUBMISSIONS OF ASIAN COUNTRIES ON OPTIONS FOR CONTINUED WORK
TABLE 2: EXTRACT FROM THE AHEG CHAIR’S SUMMARY ON A NEW GLOBAL INSTRUMENT
TABLE 3: TREATIES RATIFIED BY ASIAN COUNTRIES
TABLE 4: ADDED VALUE OF A GLOBAL TREATY
TABLE 5: OVERVIEW TREATY ELEMENTS 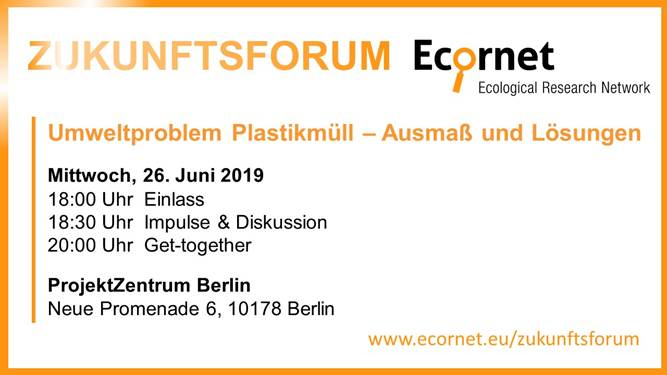 The widespread use of plastics, the mass consumption of disposable plastic products and the longevity of plastics lead to a waste volume that can hardly be managed anymore. Many people are particularly alarmed by the pollution of the oceans by microplastics and plastic... Read more