Transatlantic Climate and Energy Cooperation: Working together, learning from each other

Transatlantic Climate and Energy Cooperation: Working together, learning from each other

As part of the „Transatlantic Climate Bridge“, a visitors' programme on climate and energy issues took place from 21-27 June 2009 in Berlin and Munich, addressing policymakers on the state level of the United States. The programme was organised by the Ecologic Institute in cooperation with the Climate Group. The programme was to explore German and European climate and energy policies and current steps towards a low-carbon economy. Different formats (roundtable discussions, talks, field visits and cultural program) with representatives from ministries, parliament, industry, think tanks and NGOs in different German cities (Berlin, Potsdam and Munich) allowed comprehensive insights into the topic.

In addition to providing information on the German and European perspective on climate and energy policy, the visit was intended as a forum to exchange views and identify approaches for cooperation when addressing climate- and energy issues.

Visits in Berlin included the Federal Foreign Office, the Federal Ministry for the Environment, Nature Conservation and Nuclear Safety (BMU), the German Emissions Trading Authority (DEHSt), the Clearing-Agency for the Renewable Energy Sources Act and the Federal Representation of North Rhine-Westphalia in Berlin. In addition, meetings with members of parliament and scientific staff were organised. An introduction to international climate science and consensus building was given at the Potsdam Institute for Climate Impact Research (PIK).

On a Spree river tour on the solar boat “Chassalli” with guidance on the "solar government quarter”, the group was introduced to the best historical and modern sights of Berlin. Also, as part of a cultural introduction, the group visited Sanssouci Palace and Park in Potsdam, including a guided tour of the palace.

The program was - in cooperation with the Federal Foreign office – designed and oordinated by Sören Haffer and Stefanie Wurm and accompanied by Michael Perry. 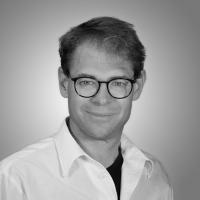 Dinner Dialogue:Our Low-Carbon Future? Lessons Learned and Current Opportunities from Both Sides of the Atlantic

EventVisitors ProgramTransatlantic Exchange on Green Buildings and Architecture
As part of the "Transatlantic Climate Bridge", the Ecologic Institute organized a visitors programme on Green Buildings and Architecture, addressing 20 expert journalists from the USA and Canada. The informational tour took place from 11 April  to 17 April 2010 in... Read more