Technology transfer is one of the central issues in the international climate negotiations, reflecting a general consensus that effectively mitigating climate change and adapting to it will require the wide-spread use of climate-friendly technologies. Despite this consensus, many of the details – such as funding, institutional mechanisms and the role of intellectual property – remain controversial. Through this project, the Ecologic Institute examined national and international proposals made in the context of recent UNFCCC technology negotiations. Prospective rules and mechanisms incorporated in existing drafts were also analyzed. The final study is available for download.

In the study released in January 2010 Dominic Marcellino and Christiane Gerstetter (Fellows at the Ecologic Institute Washington D.C. and Berlin respectively) compare proposed rules and institutions for technology transfer in the UNFCCC framework against the experience with existing technology-related institutions and funds in the climate field as well as against the relevant academic literature. The study is the result of a six-month project funded through a grant from the Doris Duke Charitable Foundation (DDCF), New York, NY.

The project also included a policy brief finalized in November which made recommendations to negotiators prior to COP 15 in Copenhagen in December.

Ecologic Institute’s findings were presented several times. Christiane Gerstetter presented the findings at a UNFCCC side event on December 11th 2009, in Copenhagen. The COP 15 side event titled “Accelerating cooperation and financing for climate technology: Innovative programs, experiences, and current proposals” took place in the Bella Center, the COP 15 venue, in front of an international audience. The event was organized jointly by Ecologic Institute; the International Center For Environmental Technology Transfer, Japan; Energy Research Centre of the Netherlands; the National Renewable Energy Labs (US); and the Climate Technology Initiative. A webcast of the side event and the presentations from the event are available on the COP15 website

Following dissemination of the policy brief, Michael Mehling was invited to participate on a panel during Copenhagen negotiations for a one-day conference on technology transfer organized by the International Centre for Trade and Sustainable Development. 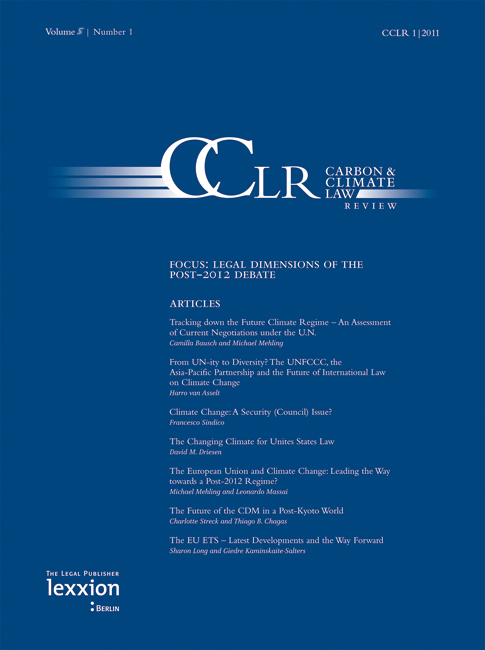 This article by Christiane Gerstetter, Dominic Marcellino, and Elena von Sperber explores the state of the climate technology transfer negotiations following the COP 15 meeting in Copenhagen in December 2009. The article appears in the Spring 2010 edition of the journal Carbon and Climate Law Review.

The State of Play and Suggestions for the Way Forward

EventDiscussionEcologic Institute Technology Transfer Side Event at UNFCCC COP-15 in Copenhagen
The Ecologic Institute presented its policy brief on the transfer of climate technology to developing countries at a side event on 11 December 2009 at the UNFCCC COP15 in Copenhagen. The policy brief, addressed primarily to UNFCCC negotiators, surveys Party positions on... Read more 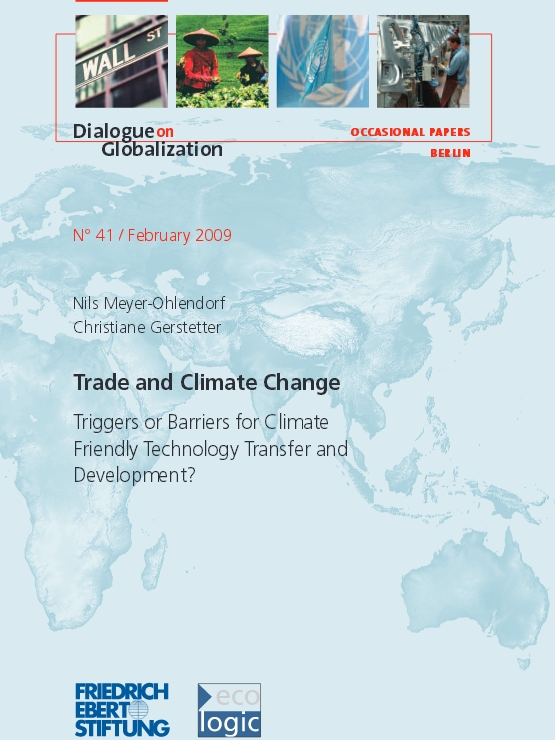 In their policy paper for the Friedrich-Ebert-Foundation’s Dialogue on Globalization section, Nils Meyer-Ohlendorf and Christiane Gerstetter of Ecologic Legal, shed light at the most important aspects of the relationship between trade and climate change policies. They... Read more