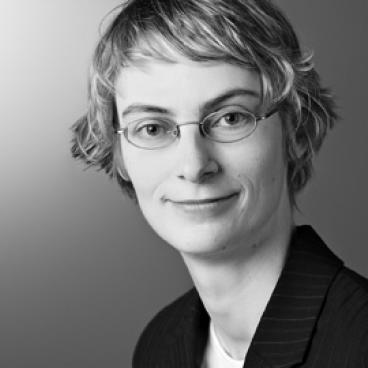 Jenny Tröltzsch has been working at Ecologic Institute since 2010. As a Senior Fellow, her work focuses on cost-benefit evaluation of environmental goods and services, climate adaptation, climate change mitigation and regional bioeconomies. In addition, she coordinates the Institute's activities on adaptation issues. Jenny works in German and English and has a basic knowledge of Russian, Finnish and Polish.

Jenny Tröltzsch works in projects on economic assessment of climate adaptation actions on the local, national and supranational (European Union, EU) level, e.g. in projects CO-designing the Assessment of Climate CHange costs (COACCH) and Economics of Climate Change Adaptation in Europe (ECONADAPT). She works on participatory and co-design approaches to integrate stakeholder engagement in research, e.g. in Bio-based Strategies and Roadmaps for Enhanced Rural and Regional Development in the EU (BE-Rural) and Making Society an Active Participant in Water Adaptation to Global Change (BeWater). Additionally, she has developed indicators for the assessment of climate protection and adaptation, and has identified best practice examples of adaptation measures and strategies. Furthermore, Jenny Tröltzsch has been involved in several projects regarding the intersection of water management and climate adaptation, as in the projects Drought and Water Use Conflicts in Germany (WADKlim) and Increasing Good Governance for Achieving the Objectives of Integrated Water Resources Management (STEER).

Jenny Tröltzsch has been engaged in environmental research since 2003. Before she started working at Ecologic Institute, Jenny Tröltzsch worked as a researcher at the FernUniverstität in Hagen (Germany) from 2005 to 2010 in their master's program in interdisciplinary environmental sciences (infernum). From 2003 to 2004, she worked as a freelancer for Öko-Institut e.V. on corporate sustainability reporting. 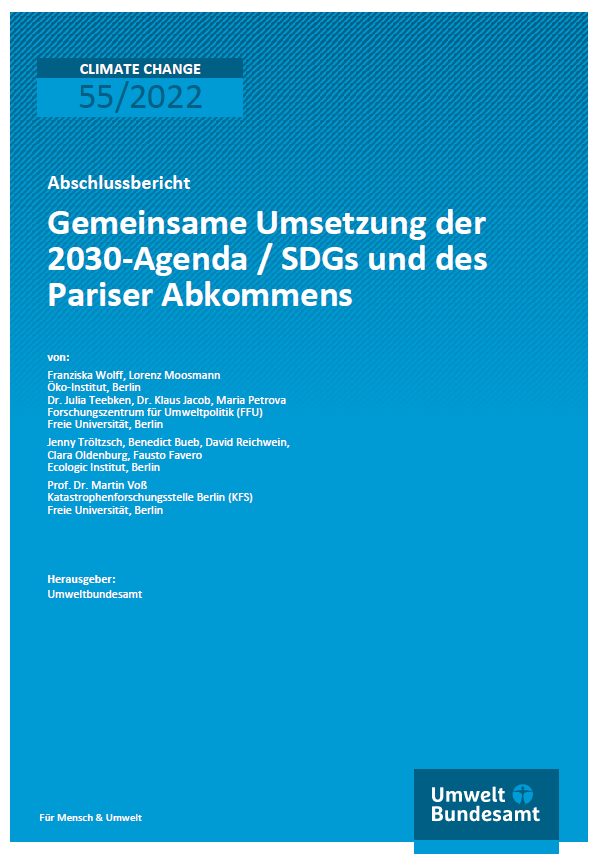 The report summarises the results of a ReFoPlan project that dealt with interactions between the three agendas, possibilities of their integrated implementation and the development of Sustainable Adaptation Pathways. It provides an overview of the background and objectives, work packages, analysis results and the events held as part of the project. 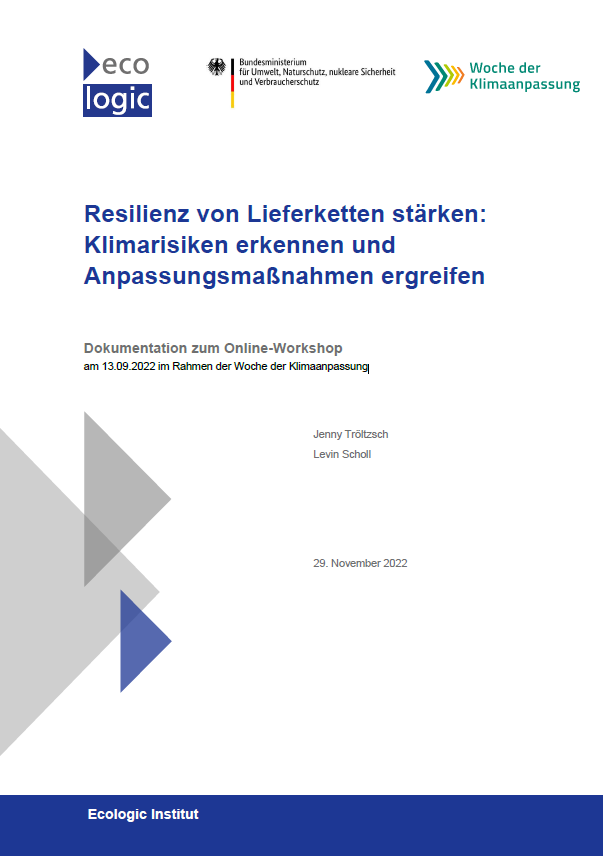 On 13 September 2022, the online workshop "Strengthening supply chain resilience: identifying climate risks and taking adaptation measures" was held as part of the Climate Adaptation Week organized by the BMUV. The workshop documentation summarizes further information on the various presentations and recommendations, including further links. 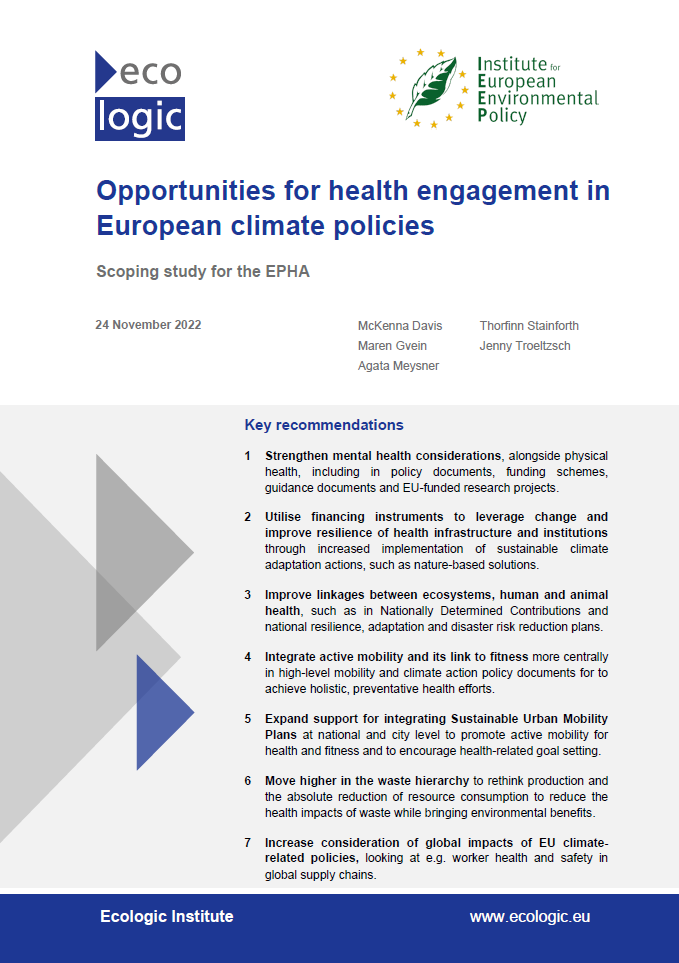 This paper, produced jointly by Ecologic Institute and IEEP for the European Public Health Alliance (EPHA), scopes 20 EU policy documents focused on adaptation, biodiversity, water, waste, mobility, and cross-cutting topics to analyse their treatment of health in the broader context of climate mitigation and adaptation policy. The purpose was to assess their integration of health-related concepts in order to identify gaps and opportunities, as well as provide recommendations for further advocacy for the health community.

Scoping study for the EPHA

Read more
Event:Digital Event
On 13 September 2022, the online workshop "Strengthening supply chain resilience: identifying climate risks and taking adaptation measures" was held as part of the Climate Adaptation Week organized by the German Federal Ministry for the Environment, Nature Conservation, Nuclear Safety and Consumer Protection (BMUV). The event provided an overview of climate risks for the globally interconnected German economy and showed how companies can deal with these risks.

Read more
Publication:Podcast
On one of those days when the temperature hit 30 degrees, the "Green Deal – Big Deal?" podcast host Ewa Iwaszuk from Ecologic Institute in Berlin speaks with her guests about the climate change impacts in cities and especially about the EU's plans on how to adapt to and better deal with those impacts. The discussion focuses on the possibilities that nature offers to help us cope with challenges such as heat and flooding.

Read more
Project
The overall objective of the AMAREX project is to develop methods to enable the adaptation of stormwater management concepts to extreme events including heavy rain, heat and drought at the municipal level. In doing so, the analysis will consider the different extreme weather events in an integrative way.

Read more
Project
In KliMaWerk, integrated measures and strategies are developed to increase hydrological and ecological resilience for watercourses affected by climate change. Special consideration is given to low-flow and drying situations, alternating with heavy rainfall events. The ecological functions of the water bodies as well as competing water body uses are taken into account through the integrated consideration of an entire water body catchment area. What is new here is the holistic view of the landscape water balance, instead of a narrow focus on individual spatial elements or individual user groups. 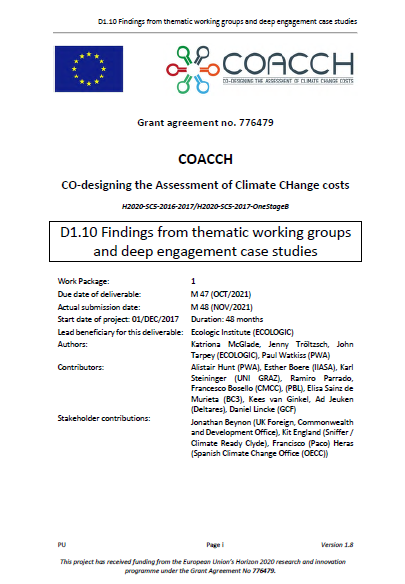