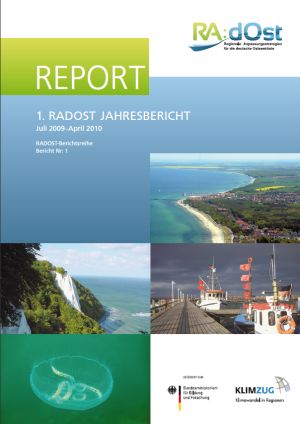 Longer and warmer summers on the German Baltic Sea coast: this is a possible implication of climate change that could certainly also serve as an opportunity for the tourism sector. At the same time however, negative impacts such as increased algae growth are also expected. Communities and stakeholders in the coastal region will have to adapt to these impacts in the near future. In the first RADOST annual report, the RADOST project partners present both impacts and possible adaptation strategies in the fields of coastal protection, tourism, water management and agriculture, ports and marine economy, renewable energy and conservation and land use. The survey is available for download (in German only).

With a core team of 17 partners consisting of research institutions, engineering companies, public authorities and nongovernmental organisations, RADOST carries out research in the natural and engineering sciences on regional impacts of climate change in the inner and outer coastal waters of the German Baltic Sea. It also addresses the impacts of climate change on the region’s economy with a socioeconomic analysis. The results are continually provided to local stakeholders on the German Baltic Sea coast. Moreover, a more comprehensive, wider network of partners is involved in the exchange of information and in the implementation of projects via RADOST.

The report describes activities of RADOST in the project’s five modules "network and dialogue", "natural and engineering sciences", "socioeconomic analysis", "national and European political framework/ national and international exchange" and "communication and distribution of results" and covers the period from July 2009 to April 2010. Selected implementation projects are illustrated.

The report [pdf, 6.9 MB, German] is addressed to stakeholders in public authorities, economy, research and non-governmental organisations from Schleswig-Holstein and Mecklenburg-Western Pomerania as well as to the public in general. It is the first publication of the RADOST journal series.

As project coordinator, Ecologic Institute leads RADOST (Regional Adaptation Strategies in the German Baltic Sea coast), which is funded for five years by the German Ministry for Education and Research (BMBF) within the ministry's initiative KLIMZUG ("Regions adapt to climate change"). 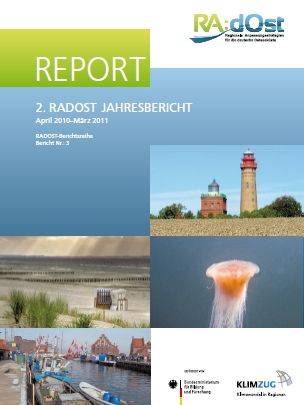 After two years of project work, the second annual report of RADOST (Regional adaption measures for the German Baltic Sea Coast) presents research results and experiences of cooperation with political decision makers in ministries, administrations and communities. The... Read more 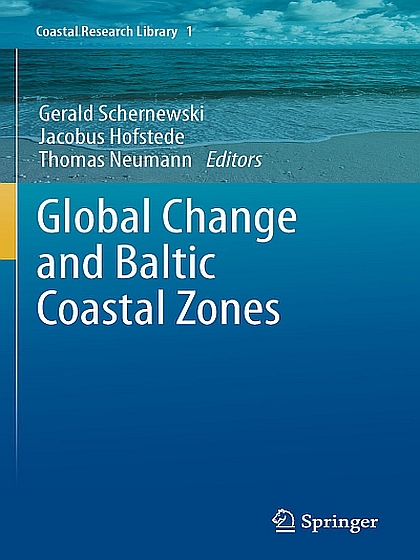 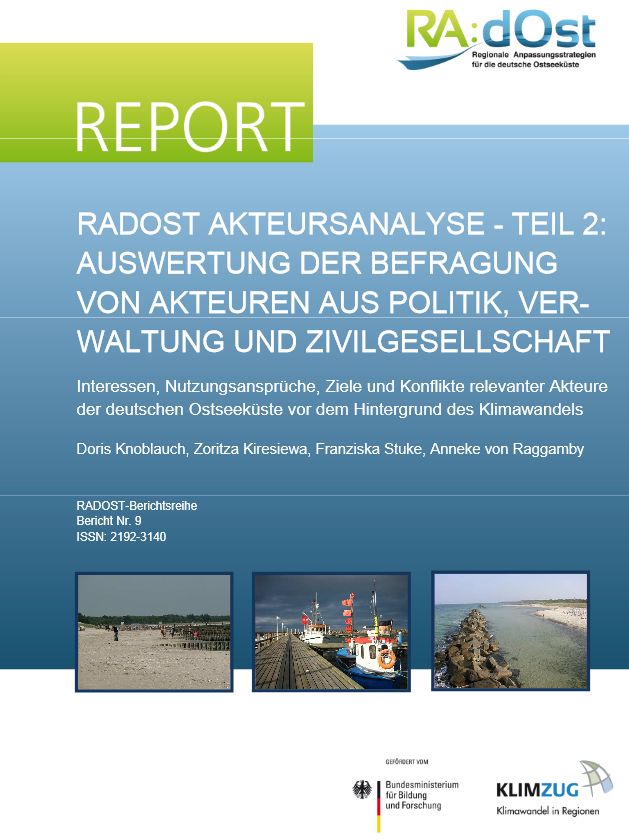 How do relevant stakeholders on the Baltic Sea Coast perceive climate change in their region? What adaptation measures are well known and which should be implemented? Additionally, who are the relevant stakeholders? These and other questions are answered in the first... Read more

From Oceans Policy to Observation in a Changing World

ProjectCooperation Across the Atlantic for Marine Governance Integration (CALAMAR)
| iStock © Todd Winner
As the impacts of climate change and global demand for marine resources have increased, the development of an integrated, holistic marine governance framework has become a key goal for both the EU and US. Recent policy events on both sides of the Atlantic provide a... Read more

Cooperation Across the Atlantic for Marine Governance Integration (CALAMAR)

ProjectAnalysis of Adaptation Projects
The goal of the project is to record the adaptation measures implemented in Germany up to this point and to evaluate the experiences gained from these. To that end, Ecologic Institute has developed an internet-based databank of measures, through which those interested... Read more