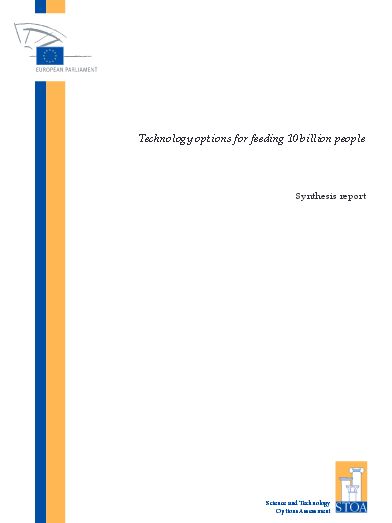 Global population growth, climate change, shifting consumer patterns, competing demands on and the environmental impacts from agricultural land use – the convergence of these issues places food security and sustainable land use in a precarious balance. European agriculture and food systems will be challenged by these issues in the coming decades. Ecologic Institute contributed to the report 'Technology Options for Feeding 10 Billion People' commissioned by the STOA Panel of the European Parliament, which outlines the EU's role and potential options for responding to these challenges. The report is available for download.

This report has been prepared as part of the framework contract for the European Parliament (STOA-unit). In total five detailed studies focusing on different areas of concern were commissioned, including:

The Synthesis Report combines the results from the five detailed studies and analyses methods for increasing agricultural productivity while also building resilience to the effects of climate change and mitigating agriculture's contribution to global greenhouse emissions. It also provides an overview of the studies' results and options regarding topics such as reducing biodiversity decline, increasing resource efficiency in the food sector, eliminating food waste, and other innovative technology options such as biotechnology. The report and studies considered the state of play today and some of the key developments on the horizon moving towards 2050. Thus, various EU common policies addressing environmental and agricultural issues were identified and assessed for their impact on increasing the sustainability of food and agriculture in the EU. For instance, the reformed Common Agricultural Policy places greater emphasis on environmental protection, aiming to preserve the natural resources on which agriculture depends. Competing pressures were also identified, e.g., efforts to increase productivity and alternate uses of crops for bioenergy, which could influence the success of such policy mandates. The options presented contribute to the final conclusion of the report – we must produce more with less in Europe while simultaneously reducing waste for a more efficient, environmental food system.

The Synthesis Report and the five detailed studies were presented in a workshop at the European Parliament on 4 December 2013. The event was hosted by the MEPs of the STOA unit who commissioned the work and around 100 people attended, including those affiliated with farmers associations, agribusiness companies, food retailers, NGOs, policy staff and researchers from the Commission and the Parliament, and students.

All studies (detailed assessment studies and synthesis report) are available for download on the European Parliament STOA website.

We must produce more with less in Europe while simultaneously reducing waste for a more efficient, environmental food system. 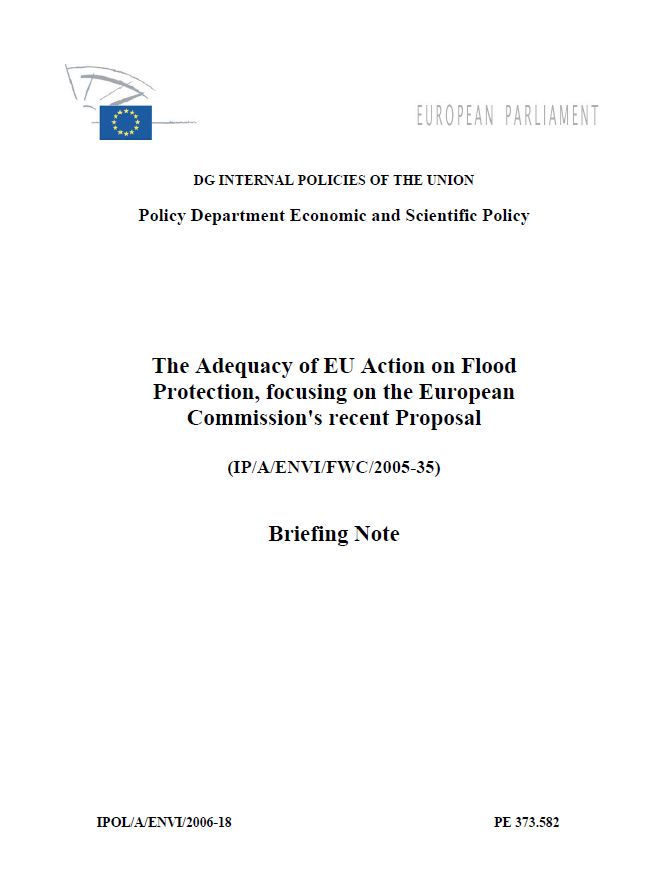 1 INTRODUCTION
1.1 The challenge
1.2 Contents of this report
2 EUROPE IN A GLOBAL CONTEXT: DRIVERS OF FOOD DEMAND AND SUPPLY
3 AGRICULTURE AND FOOD IN THE EU: SOME KEY CONCERNS
3.1 Agricultural production in the EU
3.2 Impacts of climate change on EU agriculture
3.3 Impacts of EU agriculture on climate change
3.4 Impacts of EU agriculture on biodiversity and ecosystem services
3.5 The impacts of food processing and food wastage in the EU
3.6 Diets and dietary change in the EU
4 SUSTAINABLE AGRICULTURAL SYSTEMS AND MANAGEMENT PRACTICES
4.1 Defining sustainable agriculture
4.2 Production systems for sustainable agriculture
4.3 Management options for sustainable agriculture
5 OPTIONS FOR AGRICULTURE TO ADAPT TO AND MITIGATE CLIMATE CHANGE
5.1 Overview of available management options
5.2 Productivity issues
5.3 Costs
5.4 Synergies, co-benefits and trade-offs
5.5 Barriers to uptake
5.6 Enabling mechanisms and policy incentives
6 AGRICULTURE THAT SUPPORTS BIODIVERSITY AND ECOSYSTEM SERVICES
6.1 Protecting and supporting biodiversity-rich agricultural systems
6.2 Agricultural practices that increase biodiversity and ecosystem services
6.3 Avoiding and reducing the detrimental impacts of agricultural practices
6.4 Research, monitoring and innovation to maximise biodiversity benefits
6.5 Supporting beekeeping and wild pollinators
6.6 Reducing the impacts of Europe’s food, feed and biofuel feedstock imports
7 PLANT BREEDING AND USE OF PLANT GENETIC RESOURCES
7.1 Challenges for plant breeding and plant genetic resources in the EU
7.2 Ensuring the conservation and use of plant genetic resources in Europe
7.3 Innovation in plant breeding techniques
7.4 Plant breeding for increased productivity and sustainability
7.5 Regulation and risk assessment of agricultural innovation and crop varieties
8 CUTTING FOOD LOSSES AND INCREASING FOOD CHAIN EFFICIENCY
8.1 Challenges for the European food and drink industry
8.2 Quantification and characterisation of food wastage in the EU
8.3 Causes of food wastage in the EU
8.4 Cross cutting options for policymakers to reduce food waste in the EU
8.5 Options to reduce waste and increase efficiency in the food supply chain
8.6 Innovation for sustainable food and alternative uses
9 REUSING WASTES AND RESIDUES FOR BIOMATERIALS AND BIOENERGY
9.1 Introduction
9.2 Mobilising waste and residues from agriculture, forestry and food sectors
9.3 Technology options to convert biomass into biomaterials and bioenergy
9.4 The sustainability of bio-based products
9.5 Summary, conclusions and options
10 CONCLUSIONS AND KEY OPTIONS
REFERENCES
GLOSSARY

ProjectSÖFThe Social Dimension of EU Biofuel Policy
The Social Dimension of EU Biofuel Policy
Since the adoption of the EU Renewable Energies Directive in 2009 the sustainability of biofuels has been an issue of ongoing discussions among scientists, civil society and policy-makers. While environmental concerns usually dominate the debates, the study produced in... Read more 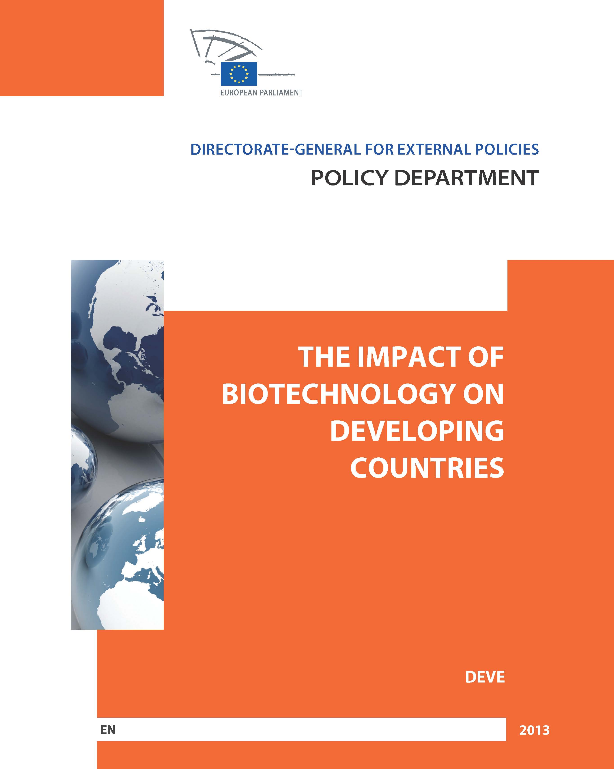 In this study, Ecologic Institute researchers Timo Kaphengst and Lucy Smith summarize the advantages and disadvantages of the increasing share of genetically modified organisms (GMOs) in developing countries. The accrued benefits and/or disadvantages vary widely across... Read more