The ECCA 2015 will cover a range of issues related to climate adaptation under the theme, "Integrating climate adaptation action in science, policy, practice and business." The three-day conference will take place from 12 to 14 May 2015 in Copenhagen (Denmark). The conference will also feature a commercial exhibition for the business community, as well as three State of Green Tours to see innovative local adaptation activities in action.

ECCA 2015 is organised on behalf of the European Commission by three major European climate adaptation research projects: BASE, RAMSES, and ToPDAd, under the co-ordination of Aarhus University and Ecologic Institute. Among the sponsors are the Confederation of Danish Industry, the City of Copenhagen, the European Environment Agency, and the official conference airline SAS (providing carbon offsets).

On Tuesday 12 May 2015, three site visits will be organized by State of Green:

A key component of the ECCA 2015 conference will be the commercial exhibition, showcasing companies and organizations whose work is dedicated to the implementation of climate change adaptation and mitigation solutions, be they services or products.

Within the BASE Project, Ecologic Institute leads the uptake, transfer and dissemination of the knowledge produced by BASE and coordinates engagement with stakeholders on the impacts, costs and benefits of adaptation. In this role, and in co-operation with its sister projects RAMSES and TopDad, it co-ordinates the Scientific Programme Committee in charge of the development of the ECCA 2015 programme. 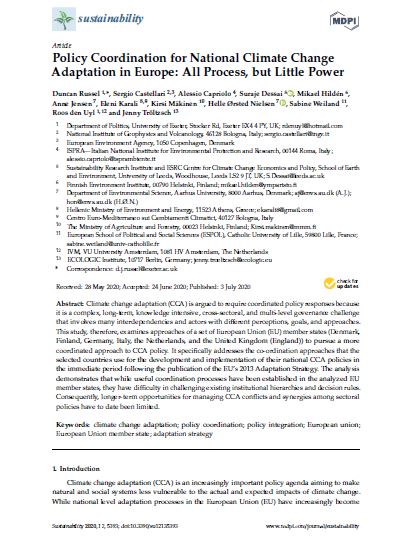 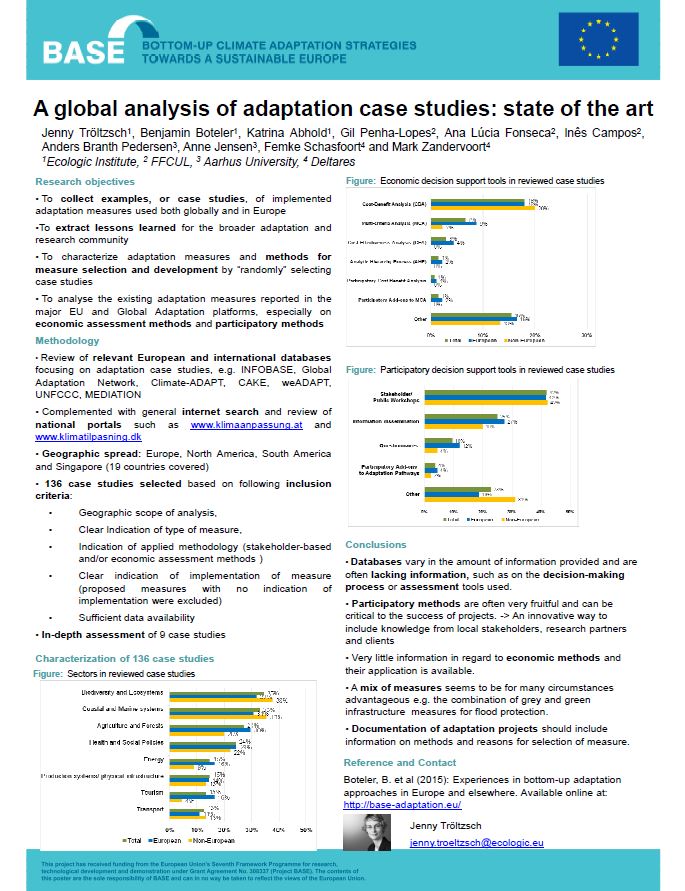 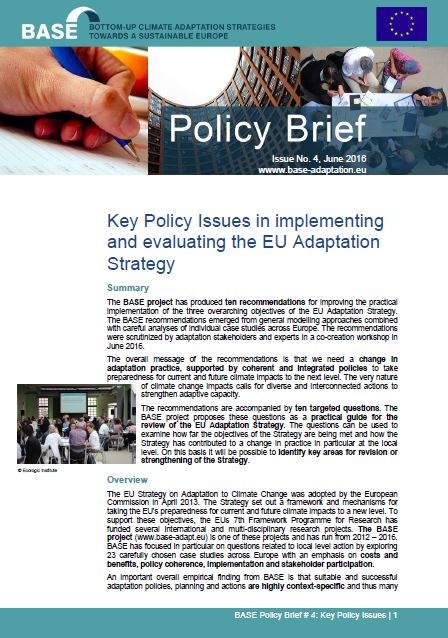 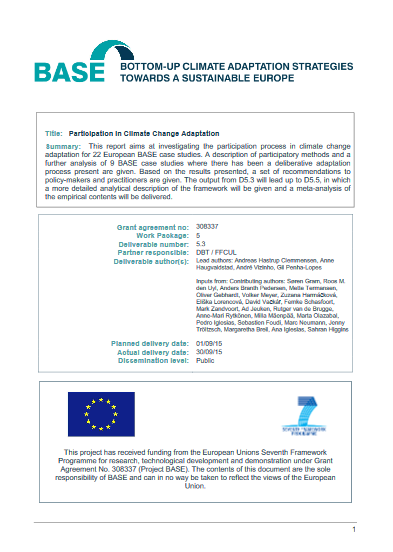