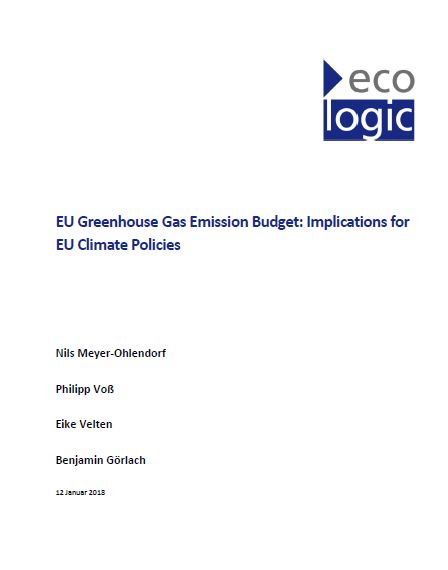 In 2° scenarios, the EU budget could be exhausted by around 2042. If, instead, the budget were distributed purely on the basis of equity considerations, the EU emission budget would be much smaller. If, for example, the EU's emission budgets were based on expected EU's share in the global population in 2050, the budget for the period 2021 and 2100 would be 6.9 Gt in 2°C scenarios; the EU would have already exceeded its 1.5°C budget by 10.3Gt in 2020. These are the key messages of a new Ecologic report. The report is available for download.

The report's findings at a workshop in Brussels on 22 January 2018.

What is the EU greenhouse gas emission budget for the century?

Head, International and European Governance
Senior Fellow
Previous Pause Next
Presentation:Speech
On 22 January 2018, Ecologic Institute's Dr. Nils Meyer-Ohlendorf and Philipp Voß presented the the report "The EU Emission Budget and its Implications for EU Climate Action" in Brussels. Beside the discussion of what a "fair" EU contribution according to the Paris Agreement is, they outlined different EU's greenhouse gas emission budgets scenarios. The presentations, agenda and list of participants are available for download.

The EU Emission Budget and its Implications for EU Climate Action 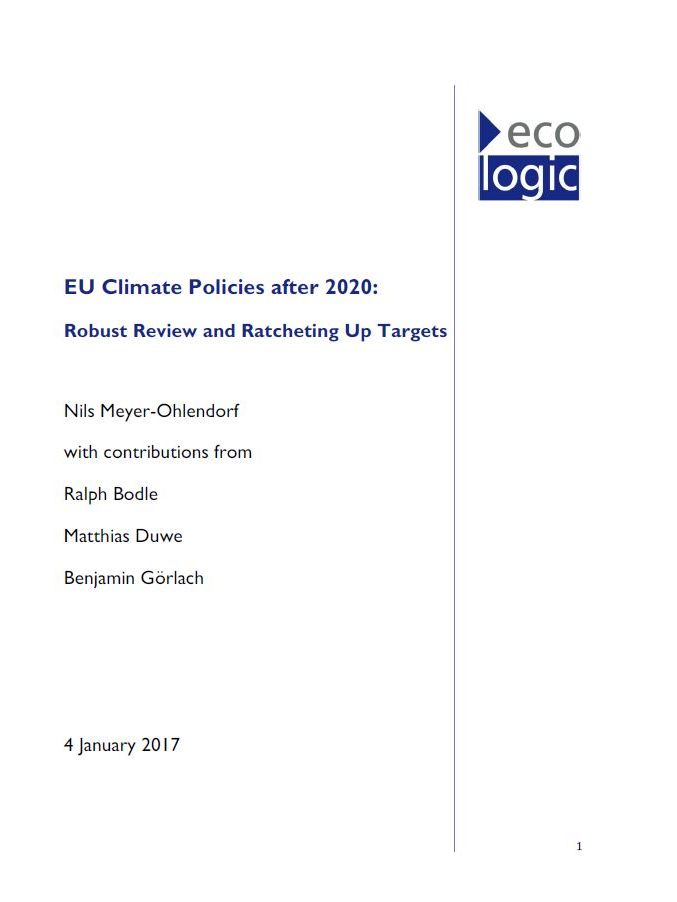 The Paris Agreement states that Parties will scale up their commitments with every consecutive nationally determined contribution. A new paper by Ecologic Institute shows how EU legislation can help implement this requirement. The paper is available for download.

Robust Review and Ratcheting Up Targets – EU Climate Policies after 2020 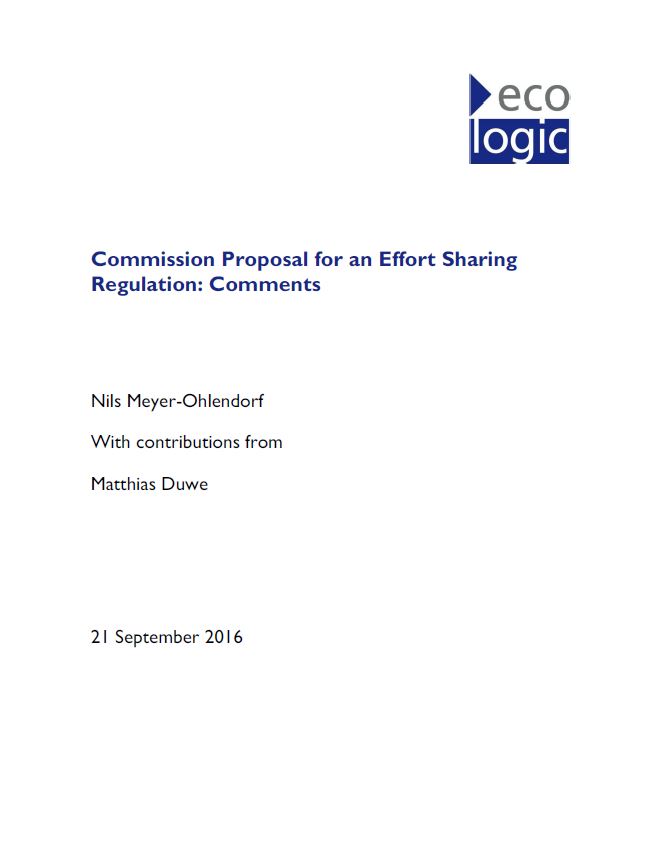 On 20 July 2016 the European Commission published its legislative proposal for an Effort Sharing Regulation. A paper from Ecologic Institute provides comments on the Commission's proposal. The comments are available for download.

Read more
Project
Ecologic Institute continues to advise the German Federal Ministry for the Environment on the updating of EU climate and energy policy after 2020. In this project, Ecologic Institute developed options and formulation proposals for concrete legal texts and initiatives of European climate and energy policy - through a number of expert opinions, short studies, workshops and ad hoc support services. 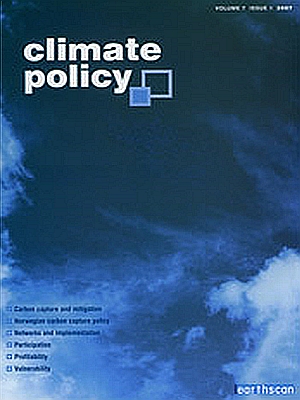 Linking emissions trading schemes has currently attracted much interest as a means of reducing compliance costs, expanding market size and liquidity, and reducing price volatility. The US and Canada are developing federal emissions trading systems, and Mexico is... Read more 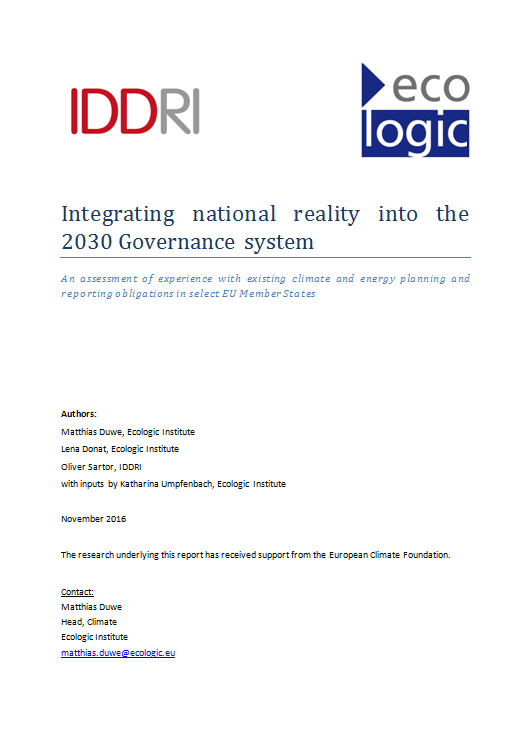 To ensure that the aims of the 2030 EU climate and energy framework are met, European leaders agreed to establish a new governance system based an enhanced scheme for national planning and reporting (P&R). In the context of on-going policy discussions surrounding... Read more 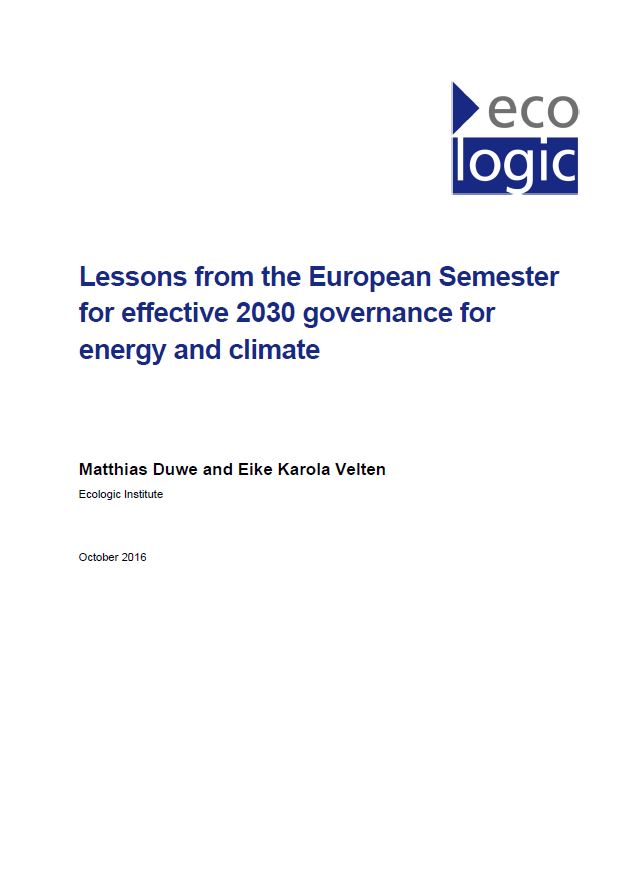 Many open questions remain for the future governance system of the EU's 2030 climate and energy targets. This report by Ecologic Institute analyzes the possible lessons that can be drawn from the experience with the European Semester and helps provide answers on key... Read more

PublicationReportCompliance with EU 2030 Renewable Energy Targets: How to Fill a Gap 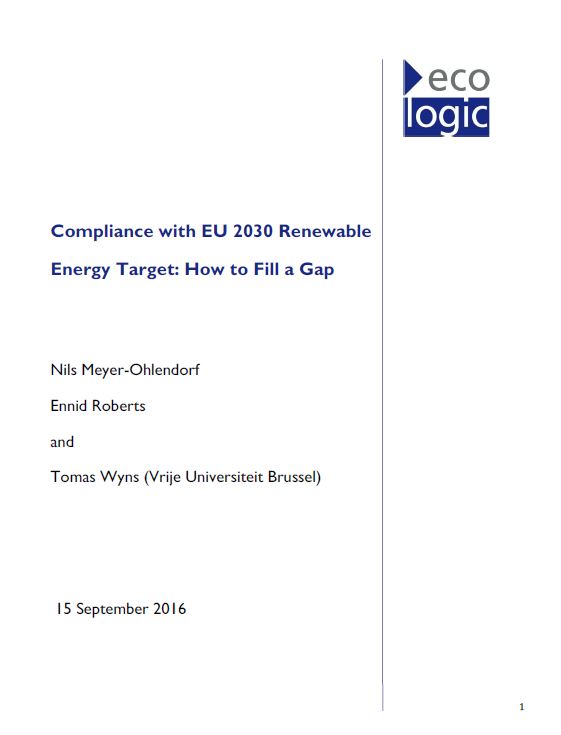 A new study by the Ecologic Institute shows how to ensure achievement of the 2030 EU target for renewable energy. The study is available for download. ... Read more