Dr. Camilla Bausch on the Power of Politics and Pictures in the Climate Debate at the Salon Sophie Charlotte on "Images of the World"

For the Salon Sophie Charlotte 2020, Julius Hübener, graduate of the Beuth University of Applied Sciences, brought Ed Hawkins' "Warming Stripes" as an artistic light installation to Berlin's Gendarmenmarkt under the direction of Prof. Susanne Auffermann.

Dr. Camilla Bausch on the Power of Politics and Pictures in the Climate Debate at the Salon Sophie Charlotte on "Images of the World"

Humans have been creating images of the world they inhabit since the stone ages. The Berlin-Brandenburg Academy of Science looked extensively at this topic under the motto "Weltbilder" (Images of the world) during the annual Salon Sophie Charlotte in Berlin. Dr. Camilla Bausch was invited to discuss with Prof. Dr. Birgit Schneider about the power of images and politics within the climate change discussion, and potential roles of art in this debate.

With a view to the power of politics and policy, Dr. Bausch spoke about the Paris Climate Conference in 2015 and the difficulties of maintaining the momentum in the years subsequent. In the face of consistent evidence of anthropogenic climate change and the lack of progress in mitigation, increasing numbers of citizens have taken to the streets amidst images of vast forest fires, glacial melting and civil unrest, amongst others.

One strength of images is that they allow human beings to perceive the world and to communicate with one another – beyond the limitations of language. As such, images have the power to mold opinions and create emotional responses. They can move and inspire, open space for reflection and allow human beings forms with which to imagine future realities.

As an example of art in the interface between politics and society, Dr. Bausch introduced the EnergyTransitionArt project, a competition, exhibition and event series she initiated and organized between 2013 and 2015. The project incorporated a number of dialogue formats between science, policy makers, civil society and artists, and invited reflections on the "Energiewende", the term for the energy transition that has been a defining characteristic of Germany since the 1970s.

Prof. Dr. Birgit Schneider is a media ecologist and professor at the University of Potsdam. Her book "Klima Bilder – Eine Genealogie globaler Bildpolitiken von Klima und Klimawandel" (en: Climate images – A Genealogy of Global Image Politics of Climate and Climate Change") is a critical investigation of historic and current concepts of climate.

The Salon Sophie Charlotte is an annual event organized by the Berlin-Brandenburg Academy of Sciences. More than 100 scientists and artists spoke to 27 different topic fields at the interface of art, history and science. The Salon was actively supported by the Alexander von Humboldt Foundation, the Max Planck Society, the Union of the German Academies of Sciences and Humanities, the Junge Akademie, the Arab-German Young Academy, the German Academic Scholarship Foundation and the Villa Aurora-Thomas Mann House e.V.

More information the extensive program can be found here.

When discussing climate change, art can open up space for reflection and allow people to imagine future realities 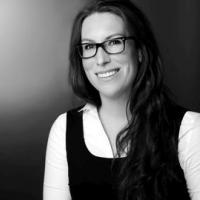 Discussion:Guide to Art and Sustainability Initiatives in Berlin – Book Launch

PublicationBrochureCreative Environment – A guide to art and sustainability initiatives in Berlin 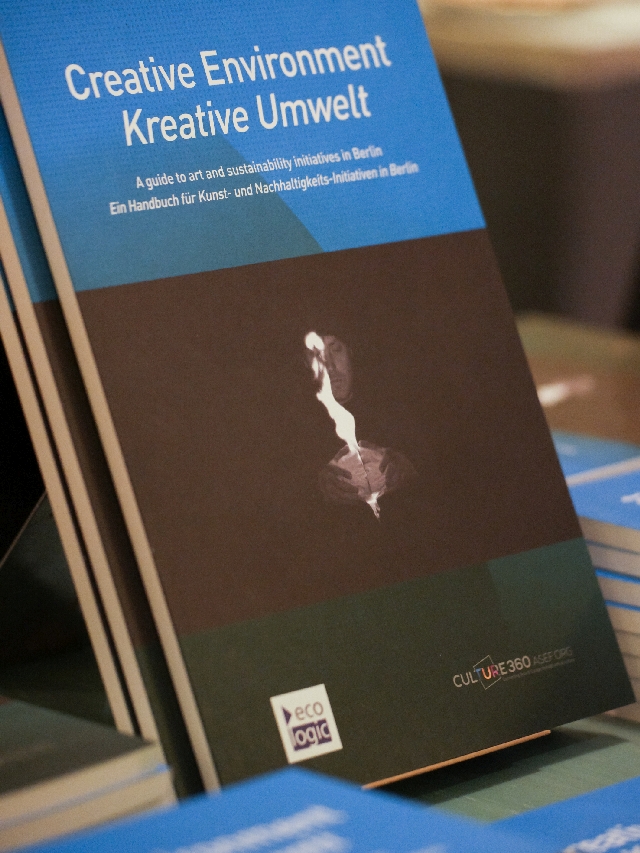 © Aaron Best
In December 2017 the publication "Creative Environment – a guide to art and sustainability initiatives in Berlin" was published by Ecologic Institute. The guide is the result of Ecologic Institute's inaugural Writer-in-Residence program. Curator Yasmine Ostendorf spent... Read more