Made for Each Other? Environmental Policy Research and the State

Made for Each Other? Environmental Policy Research and the State

The topic of the fourth installment of the series was the relationship between the state and environmental policy research. Prof. Dr. Rolf Kreibich and Dr. Hendrik Vygen were invited to present their view on the topic. The discussion (in German) can be watched online.

While Prof. Dr. Kreibich, being the former scientific director and chief executive of the Institute for Future Studies and Technology Assessment (ITZ) for 21 years, represented the environmental policy research side, Dr. Vygen could offer valuable comparisons between the German Federal Ministry for the Environment, Nature Conservation and Nuclear Safety (BMU) and the Federal Ministry of the Interior (BMI) from his experience as a division head in both ministries.

According to Dr. Vygen, the federal environmental authorities mainly concentrated on fostering the development of local environmental initiatives, which were then supposed to evolve into a full-fledged environmental lobby. The hope was that it could counteract the considerable influence that industry lobby groups were exerting on federal bodies. Already early on, the environmental research institutes were seen as a valuable source for information regarding solutions for technical and scientific problems by the BMU. Nevertheless, Dr. Vygen emphasized the fact that environmental lobby groups and environmental research institutes decidedly have smaller political clout in affairs concerning the BMU than the industry lobby has in affairs concerning the Federal Ministry of Economics and Technology (BMWi) up to the present day.

When Prof. Dr. Kreibich took over the job of director and chief executive at the Institute for Future Research after his tenure (1969-1976) as president of the Free University Berlin (FU Berlin), the physicist and math major had the goal to establish a transdisciplinary research culture at the institute. This was contrary to the conventional science tradition in Germany, which was marked by the significant achievements almost exclusively in natural sciences and which hence took a critical stance towards social sciences. The role model for this concept was the Office of Technology Assessment (OTA), a consultative council created in 1972 to support the US Congress in technical and scientific questions.

The question of how science can remain independent from the government or the contracting authority was one of the crucial points in the discussion. Prof. Dr. Kreibich deplored the dangerous development towards science favoring certain interests. He described a case where the ITZ verified the accuracy of a controversial evaluation and came to entirely different results. Prof. Kreibich thus demands complete transparency for research institute documents in the financing and the applied methods of their research. Having dealt with similar situations in his government work, Dr. Vygen strongly endorsed this demand.

At the end, Prof. Kreibich and Dr. Vygen gave an outlook on environmental topics that should gain traction in the future. While Prof. Kreibich, after mentioning resource conservation and regeneration and water policy as important fields, mainly attacked the negative consequences on the environment through ruthless financial deals, Dr. Vygen regarded biodiversity and agriculture as important fields. However, both agreed on the necessity of a strong EU in global environmental policy and on the importance of Germany in this context. Germany should not only be a major player in the European Union's (EU) environmental policy, it should also shoulder a bigger share of the responsibility for the global environment, such as protecting tropical rainforests.

In the ensuing discussion some of the following topics were discussed:

Neat work in science is key for the credibility of research institutes. Transparency protects from a science directed by favors. 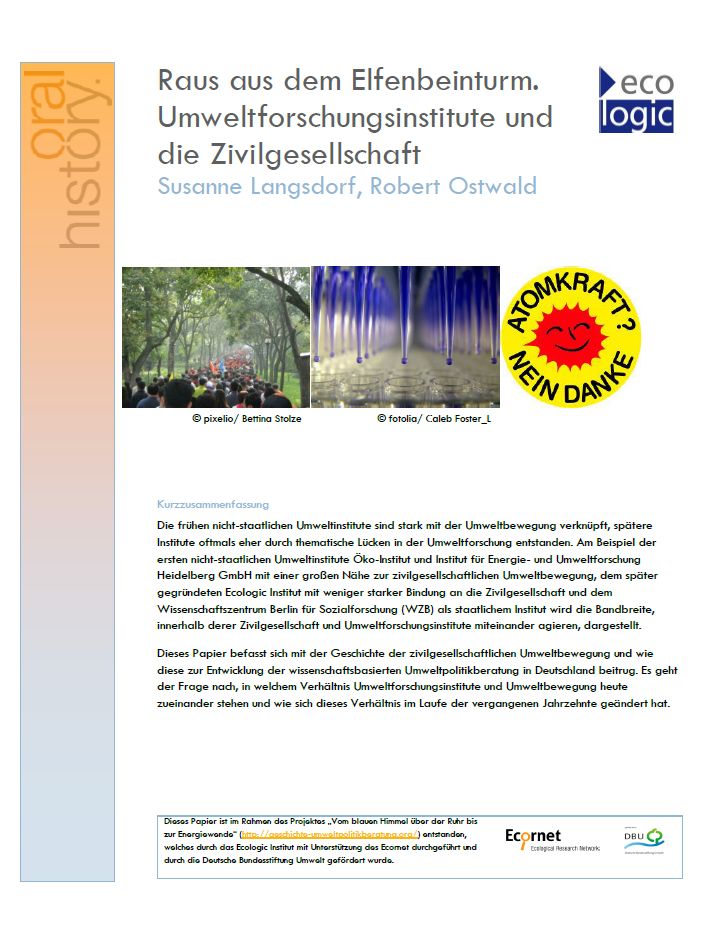 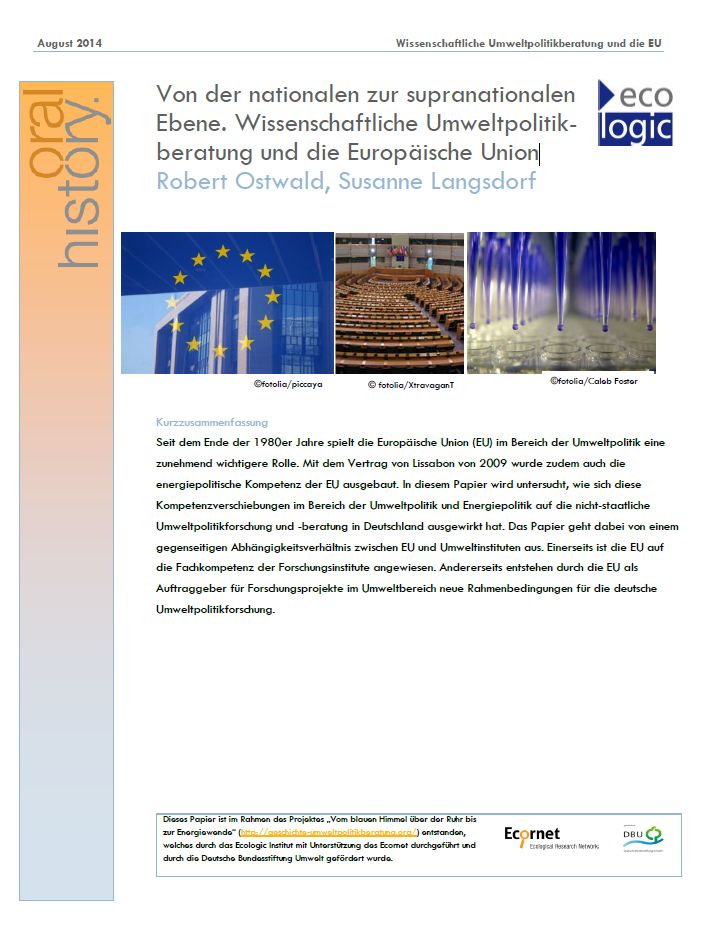 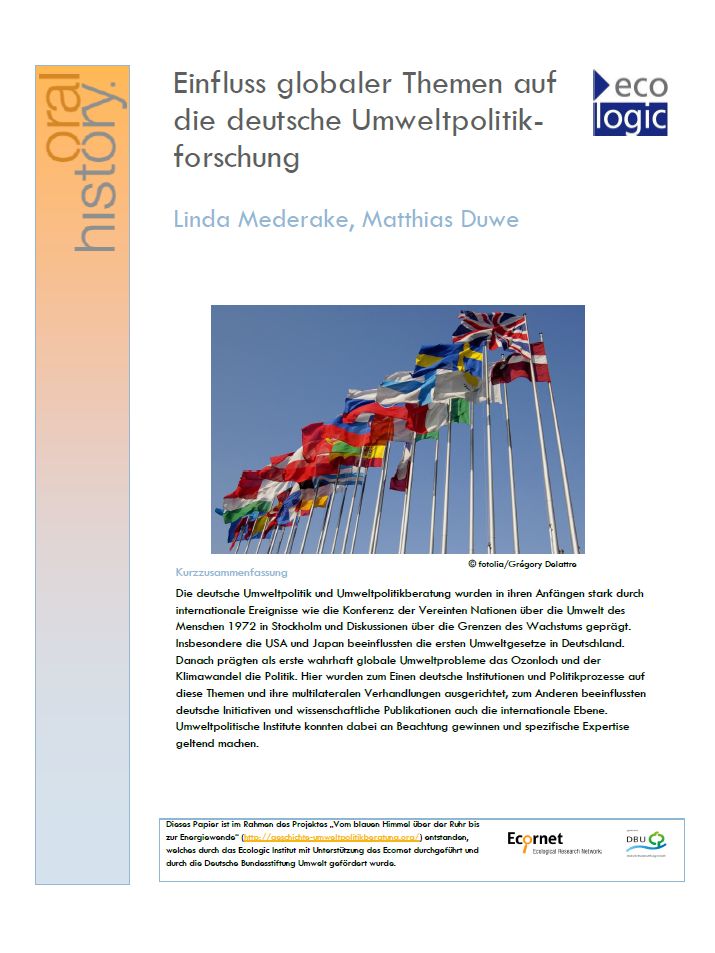 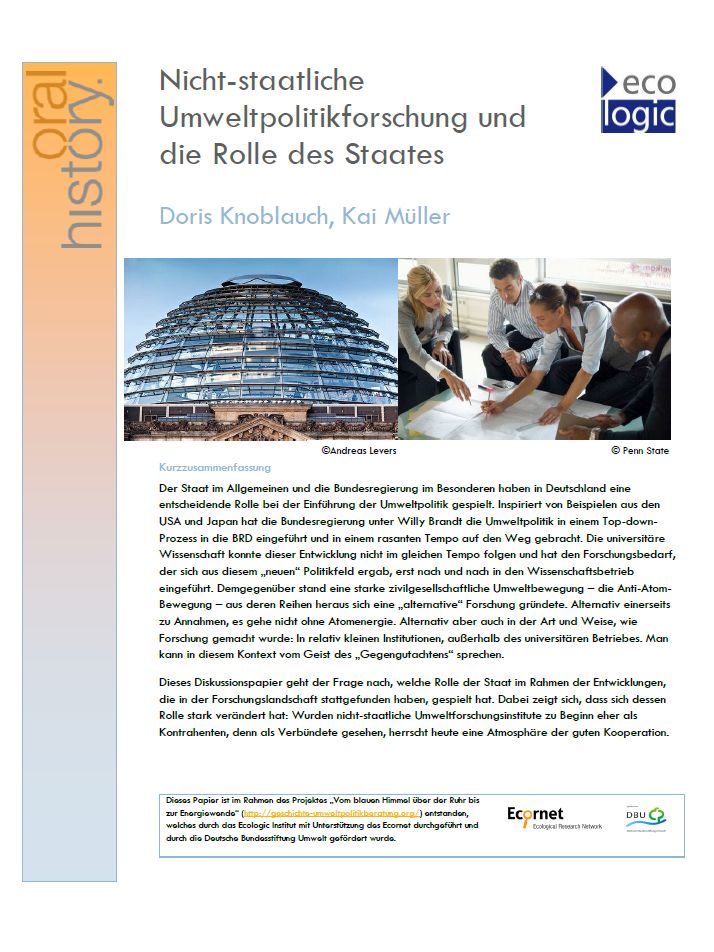 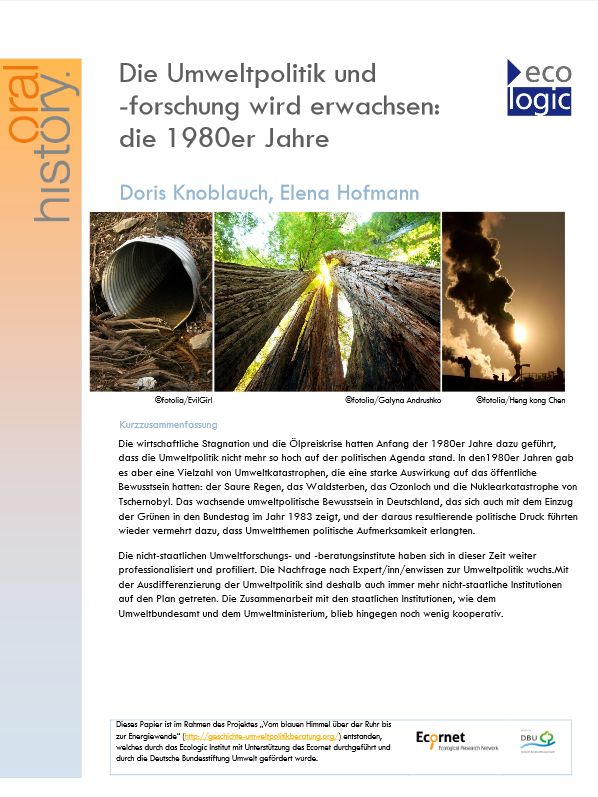 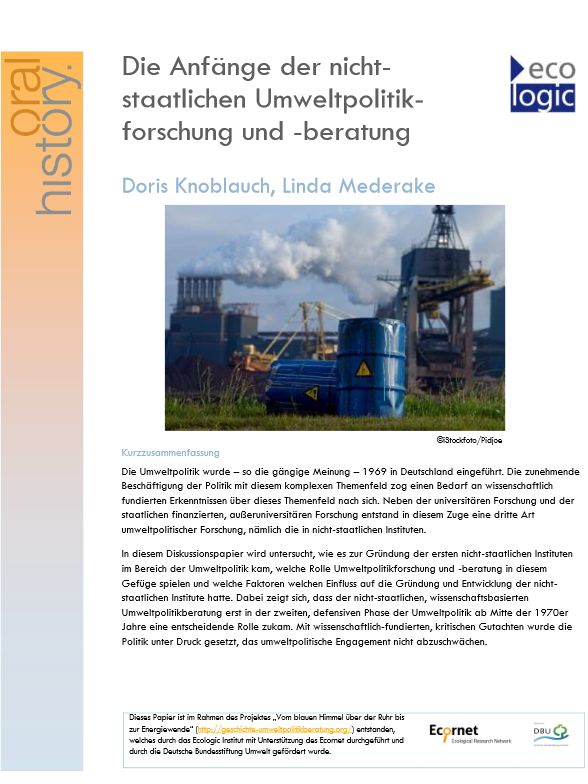 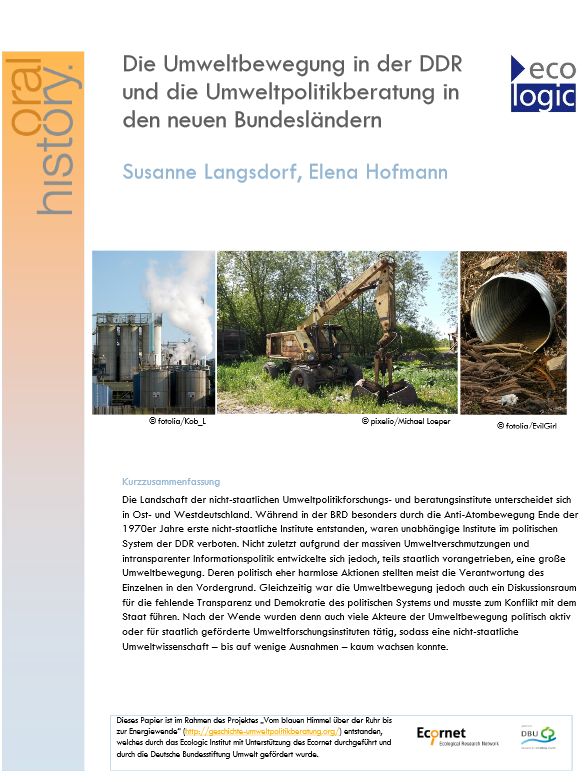 From the National to the Supranational Level: Environmental Policy Research and the European Union

EventWorkshopFrom Student Research Groups to the Cornerstones of German Environmental Research - the First Environmental Research Institutes in Germany
Prof. Dr. Martin Jänicke und Dr. Ulrich Höpfner
On 29 May 2013, Dr. Ulrich Höpfner and Prof. Dr. Martin Jänicke reviewed the beginnings of environmental policy research in Germany. The event was part of the project "From 'The Blue Sky above the Ruhr' to the Energiewende", which aims at illuminating the beginnings and... Read more