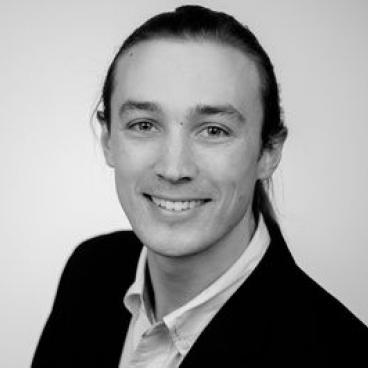 John Tarpey began working at Ecologic Institute in 2016 and currently works as a Researcher with interests including water, climate adaptation and economics, and agriculture. He is a native English speaker, is fluent in French and has a good knowledge of Spanish as well as basic German.

At Ecologic Institute, John Tarpey works on Resilience in Europe through Activating City Hubs Reaching out to Users with Triple-A Climate Adaptation Tools (REACHOUT), funded by the European Commission's Horizon 2020 programme. REACHOUT aims to advance user-oriented climate services in seven European City Hubs to support the implementation of the European Green Deal. He is also involved in Bio-based Strategies and Roadmaps for Enhanced Rural and Regional Development in the EU (BE-Rural), a Horizon 2020 project exploring the potential of regional and local bio-based economies in five regions of Eastern Europe.

Previously, John worked on CO-designing the Assessment of Climate Change Costs (COACCH), examining the economic costs of climate change and climate actions, and supporting an improved downscaled assessment of the risks and costs of climate change in Europe. He also coordinated the Ecologic team on a project for the European Environment Agency, consolidating information and preparing a report on adaptation costs and inaction costs in the EU. Additionally, John has worked on other European projects such as Fish Friendly Innovative Technologies for Hydropower (FIThydro), Making Society an Active Participant in Water Adaptation to Global Change (BeWater), and Economics of Climate Change Adaptation in Europe (ECONADAPT).

Prior to joining Ecologic Institute, John Tarpey worked in project management for Strata Solar, a utility-scale solar power company in North Carolina. He was involved in cost and performance reporting, in addition to carrying out construction data analysis. He has also worked with the North Carolina Sierra Club as a legislative assistant, where he researched bills relating to energy efficiency standards and water quality. John previously held an internship at the United Nations Environment Programme working on the Environment and Security Initiative.