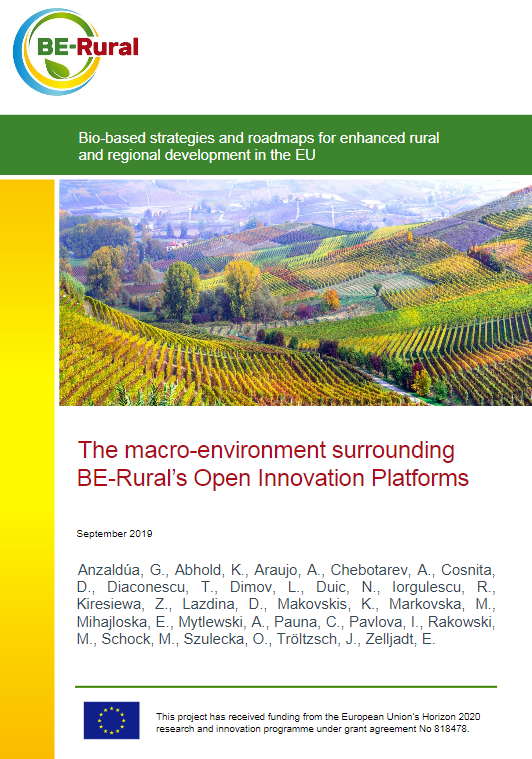 With the recent update of its Bioeconomy Strategy, the guidance of its advisory bodies and the engagement of regional groups and representatives, Europe has found a new track towards a sustainable bioeconomy, building on the notion that regions are the most appropriate territorial level at which to implement bioeconomy strategies. The BE-Rural project incorporates this regional focus into its core vision, putting its regional Open Innovation Platforms (OIPs) front and center in the process of studying the potential for regional bioeconomies, and articulating and implementing strategies to make them a reality.

The richness of natural resources in the Strumica region of North Macedonia and the closeness and connection to European borders and markets make the region an excellent candidate for future economic expansion and the development of a bioeconomy strategy. However, the region’s strong outflow of young people, lack of direct investment and absence of standardised agricultural production pose challenges.

In the Stara Zagora region of Bulgaria, collaboration already exists among some key bioeconomy stakeholders such as educational institutions, research and development units, and local businesses. On the other hand, public awareness of the bioeconomy concept (and environmental concerns in general) is low in Bulgaria. Collaboration among all relevant stakeholders will thus require substantial financial, human, and technical resources.

In the Polish Baltic Lagoon regions, cooperation between the relevant administrative units and interested entrepreneurs, as well as scientific entities, is also already taking place at the local level. Regional connections of various economic and social entities driven by Fishery Local Action Groups established in the regions will be the basis for creating a vision of regional development on the basis of the circular bioeconomy.

With the bioeconomy being on the radar screen of politicians at the national level in Latvia, and a national bioeconomy strategy through 2030 already formulated for the country, conditions are good for regional counterparts to be developed. The Vidzeme and Kurzeme regions’ economic focus on primary resource sectors, primarily agriculture and forestry, renders them well-suited for a bioeconomy strategy that builds ties among businesses and other relevant institutions in the agriculture and forestry value chain.

Lastly, the abundance of bioresources in the Covasna region of Romania, combined with the variety of specialized clusters that have been previously established in the region and are driving innovation on renewable energy and environmental technologies, agro-foods, forestry products, and textiles, reveal promising conditions for the formulation and rollout of an integrated bioeconomy strategy.

In providing an outline of the macro-environment at each of the OIP regions, this task has also served to shed light on key points of collaboration between them, confirming previous notions of potential synergies and revealing new areas where the regional bioeconomies of BE-Rural could complement each other and contribute to the vision of a sustainable EU-wide bioeconomy. 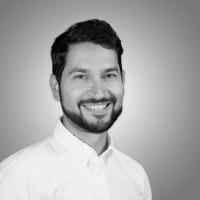 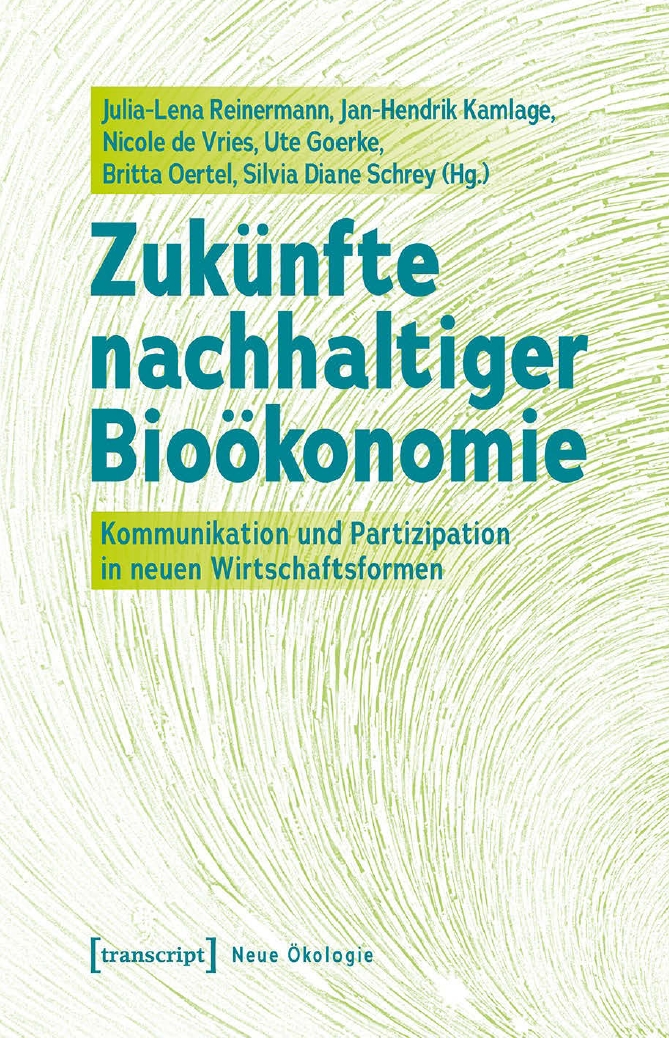 A democratic dialogue with a broad spectrum of stakeholders and the society is considered necessary for the transformation to a sustainable bio-based economy. As such, several dedicated bioeconomy strategies across Europe and beyond outline objectives towards broader stakeholder and public engagement. In this book chapter Zoritza Kiresiewa, Laurens Duin and Holger Gerdes address the degree of participation and the role of the individual actor groups and society in strategy development processes and recommend concrete actions for more inclusive and effective stakeholder and public engagement. 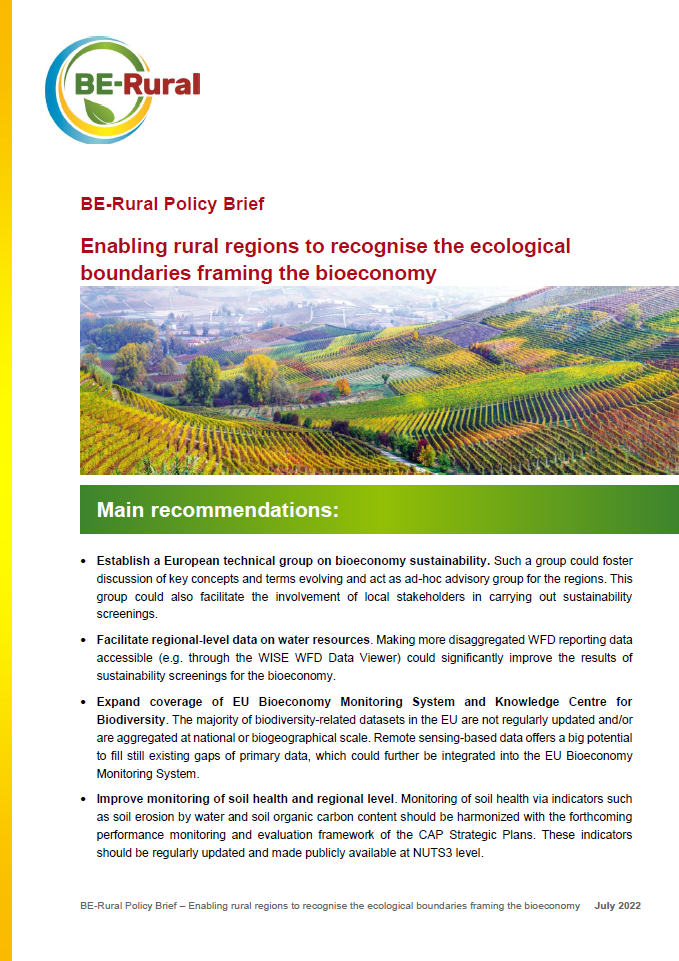 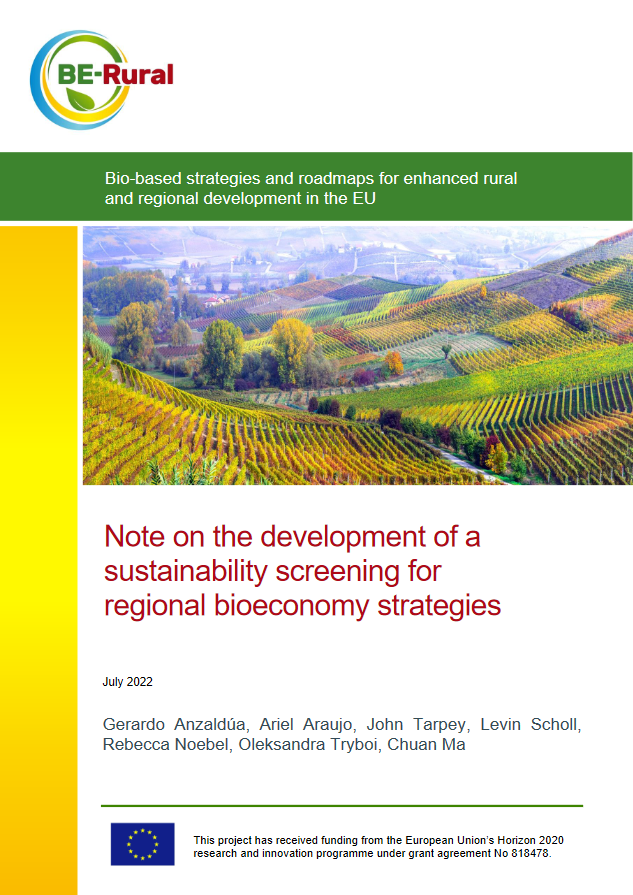 Rural regions in Southeastern and Eastern Europe are facing multiple challenges such as a rural exodus, aging populations, a declining industrial base and low innovation performance. As such, they are particularly vulnerable to the negative impacts of climate change. In response to this, stakeholders in the five BE-Rural regions developed bioeconomy strategies and roadmaps for enhanced rural development. This publication presents short summaries of the regional strategies and roadmaps focusing on the regional context in terms of available natural resources, the social, economic and political context, the strategy development process and the priorities outlined in the strategies. 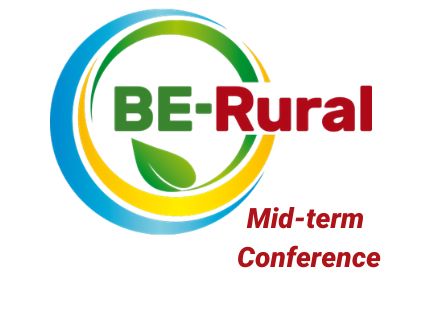 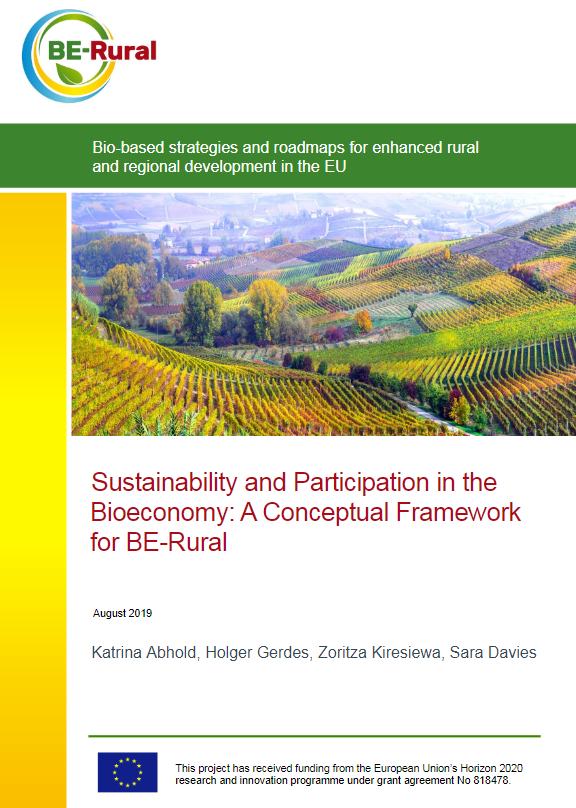 Sustainability and Participation in the Bioeconomy: A Conceptual Framework for BE-Rural

Read more
Presentation:Panel discussion
In September 2019, the European Commission organized the 'European Research & Innovation Days' to shape the EU's future research and innovation policy. Holger Gerdes, Senior Fellow at Ecologic Institute, had been invited to take part in a panel discussion, which focused on the challenges and potentials of bio-based products and innovations. The video recordings from the session can be watched online. 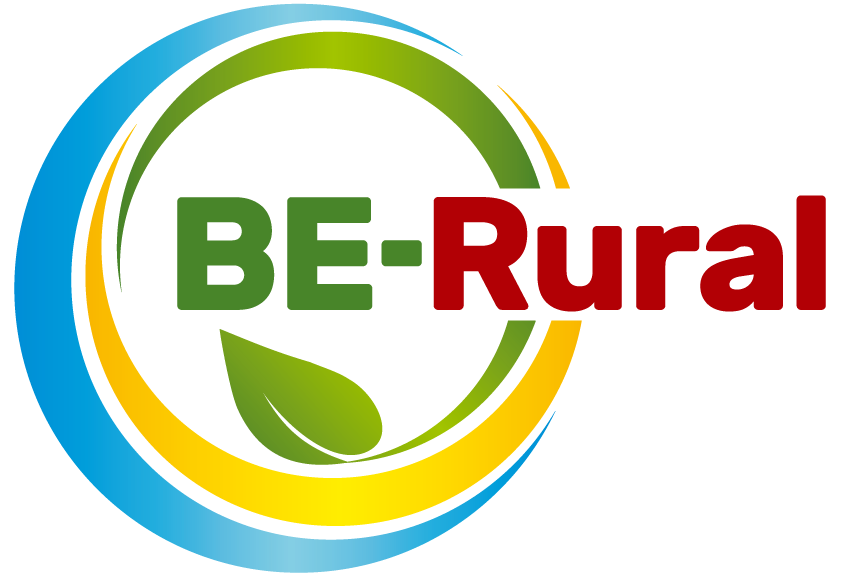 The bioeconomy carries the promise to offer important opportunities for rural employment and regional added value. The transition towards a more efficient and fossil-free economy should actively involve a broad spectrum of stakeholders and citizens in order to provide them with the opportunity to participate as co-creators in the design of regional strategies and to promote a sustainable use of agricultural, forest and marine ecosystems. Building on this idea, the overall goal of BE-Rural is to explore the potential of regional and local bio-based economies by supporting relevant actors in the participatory development of bioeconomy strategies, roadmaps and business models. The project will focus on regions in five modest and moderate innovator countries: Latvia, Poland, Romania, Bulgaria and North Macedonia.