Climate change is a stressor for oceans and seas, affecting the North Sea and Baltic Sea in many ways. The surface waters of the Baltic Sea have warmed on average more than those of the world's oceans and will continue to warm. In the North Sea, the temperature increase differs between the deeper waters in the north and the shallower waters in the south, with the greatest increase observed in the German Bight. Changes in oxygen content, sea level rise, large-scale atmospheric circulation and sea ice or increasing nutrient inputs from rivers as well as the atmosphere are further impacts related to climate change and represent stress factors for the North and Baltic Seas. In addition, the North and Baltic Seas are exposed to direct anthropogenic pressures and disturbances, which are often intensified by climate change.

For resilient ecosystems and adaptation to climate change in the North and Baltic Sea, there are various options for action. Lightening the load on the oceans through a thorough reduction of anthropogenic pressures and material inputs is a basic prerequisite. The establishment of protected zones - also for natural carbon storage, ecosystem-based management or the concept of nature-based solutions softening climate change impacts are further promising options. In order to implement the various potential actions for the North and Baltic Sea, political processes, targeted research and cooperation with various stakeholders as well as civil society at regional and national level are required.

The aim of the project, in short: 'Resilience and Climate Adaptation for North and Baltic Sea', is to develop concrete, cross-sectoral proposals for measures to strengthen marine protection and climate change adaptation. These proposals are to build on the field of action "Seas and Coasts" in the German Adaptation Strategy (DAS) and the Adaptation Action Plan and support the German government's planned marine strategy. Furthermore, the project is fundamentally intended to promote cross-sectoral dialogue on marine protection and climate change adaptation at national, European and regional level.

The project focuses on the German North Sea and Baltic Sea, but also addresses international stakeholders. The results will be presented and discussed at both national and international level. Ecologic Institute is leading the project with the support of AquaEcology (Oldenburg) on behalf of the German Federal Environment Agency (UBA).

Lightening the load for the oceans. Resilience and Climate Adaptation for North and Baltic Sea. 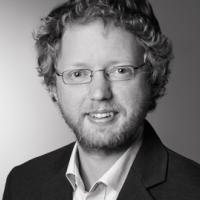 ProjectImplementation of the EU Marine Strategy Framework Directive (MEER project)
Ostseeküste | © Ecologic Institut
The aim of the project is to provide technical support and assistance for the tasks of the Federal Environment Agency (UBA) in implementing the EU Marine Strategy Framework Directive (MSFD) and the necessary cooperation on a regional, national and EU level. As a... Read more

Estuaries are under considerable human pressure from river basin inputs and direct sources of pollution from ports and industrial sites. In addition, there are countless human activities, including cargo shipping, tourism, trade and fishing. Climate change also results... Read more

To safeguard biodiversity and to address increasingly complex threats to marine ecosystems, EU Member States have designated networks of marine protected areas (MPAs). Whilst the MPAs cover about 12% of EU seas, almost 75% of those are part of the Natura 2000 network,... Read more

Image by Erich Westendarp from Pixabay

The "Development Plan for the Sea – Strategy for an Integrated German Maritime Policy" was published back in 2011 and has so far set the framework for all sea-related policies in Germany. An integrated maritime policy encompasses all facets of sea-based activities... Read more