From 15 to 21 May 2011, a visitor programme on climate and renewable energy took place in Berlin, Magdeburg and Hamburg in cooperation with the German Foreign Office. The programme, designed and organised by Ecologic Institute, was aimed at Latin American political decision-makers from the national, regional and community levels as well as interested journalists. Key to the programme were discussions with experts from the German Ministries of the Environment and Economy and the Foreign Office, as well as think tanks and NGOs. Excursions to companies in the renewable energy field (biogas, solar and wind energy) and Hamburg’s role as Europe’s 2011 environment capital constituted a substantial element of the trip.

In addition to informing the participants about the German and European climate and energy policies, the visitor programme enabled the exchange of various perspectives - including within the group - as well as created the beginnings of discussion and cooperation.

In Berlin, discussions with experts, especially from Germany’s Federal Foreign Office, Federal Ministry for the Environment, Nature Conservation and Nuclear Safety as well as the Federal Ministry of Economics and Technology were on the programme.

In Berlin and the surrounding area as well as Magdeburg, the programme also included:

In Hamburg, the following activities were on the programme:

A Riverside Chat on “Energy Efficiency: The Key to address Challenges in Economic and Climate” offered the group the chance to have discussions with other experts in Berlin and to voice their own perspectives.

Speech:Integrated Water Resource Management for Latin America and the Caribbean

Environmental policy-makers and stakeholders from the non-governmental, academic and private sectors from 19 countries gathered in Berlin from 27 July to 7 August 2009 in the first ICAP Summer School for Emerging and Developing Countries. The intensive two-week training... Read more

Environmental policy-makers and stakeholders from the non-governmental, academic and private sectors convened in The Hague, The Netherlands from 26 July to 6 August 2010 as part of the second ICAP Summer School for Emerging and Developing Countries. The intensive two... Read more

EventVisitors ProgramGreen Jobs – Green Growth: The New Energy Economy
As part of the Transatlantic Climate Bridge, an informational trip for a group of political decision makers and entrepreneurs from the southern United States took place from 6 to 12 June 2010. The programme informed the participants about job creation in a “green”... Read more

PublicationReportProtected Areas and the Importance of Biodiversity and Ecosystems in Economic Growth and Equity in Latin America and the Caribbean: An Economic Valuation of Ecosystems 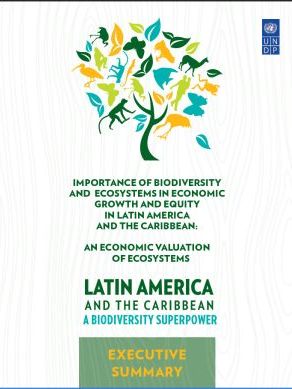 "Latin America and the Caribbean; A Biodiversity Superpower" is an initiative of the United Nations Development Programme (UNDP).  Marlon Flores, Senior Policy Advisor at Ecologic Institute, contributed the chapter on "Protected Areas" to the... Read more

Flores, Marlon 2010: "Protected Areas", in: A. Bovarnick; F. Alpizar and C. Schnell (eds.): The Importance of Biodiversity and Ecosystems in Economic Growth and Equity in Latin America and the Caribbean: An economic valuation of ecosystem. New York: United Nations Development Programme (UNDP).