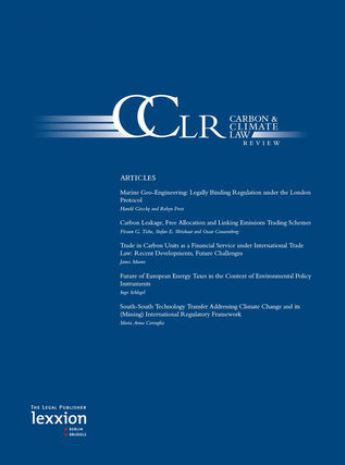 Same Procedure as Every Year? Not Quite!

In their 2007 publication for the first issue of CCLR, Dr. Camilla Bausch, Director of Ecologic Institute, and Michael Mehling, Partner and Board Member of the Institute, took stock of progress with climate negotiations under the United Nations. Now, a decade later, they have revisited their assessment, tracing the tumultuous path of negotiations since 2007, and pointing to milestones in the journey, major achievements, as well as challenges that lie ahead.

To commemorate the 10th anniversary, CCLR invited the authors of the inaugural issue to revisit their articles of a decade ago, and to reflect on them from the present perspective.

Negotiating Climate Change in the UN
EventClimate TalkRio plus 20 – New Impulses for International Climate Negotiations?
22. Climate Talk
The 22st Climate Talk on 25 June 2012 occupies itself with the question: which impetuses for international climate policy will expand out from the Rio+20 Conference? The debate at the event, organized by Ecologic Institute in cooperation with the German Institute for... Read more

ProjectTraining for Lebanese Climate Negotiators 2014
© Ministry of Environment, Libanon
How can Lebanon engage more effectively in the international climate negotiations? How do the negotiations work in practice and what tips and tricks can Lebanese negotiators avail themselves to influence the outcome? These questions become especially relevant in the run... Read more

Training for Lebanese Negotiators in the International Climate Negotiations 2013

Legal and Institutional Aspects of the International post-2012 Climate Negotiations

PresentationSpeechOutcome of the UN Climate Negotiations in Doha and its Implications for Egypt – Ecologic Institute at the "Cairo Climate Talks"
© Cairo Climate Talks/Nour El Refai
The 12th Cairo Climate Talk on "The way forward after Doha" brought together decision makers, academics, and representatives of businesses and non-governmental organizations to discuss the outcomes of the climate change negotiations in Qatar. The Egyptian Environment... Read more

Speech:Outcome of the UN Climate Negotiations in Doha and its Implications for Egypt – Ecologic Institute at the "Cairo Climate Talks" 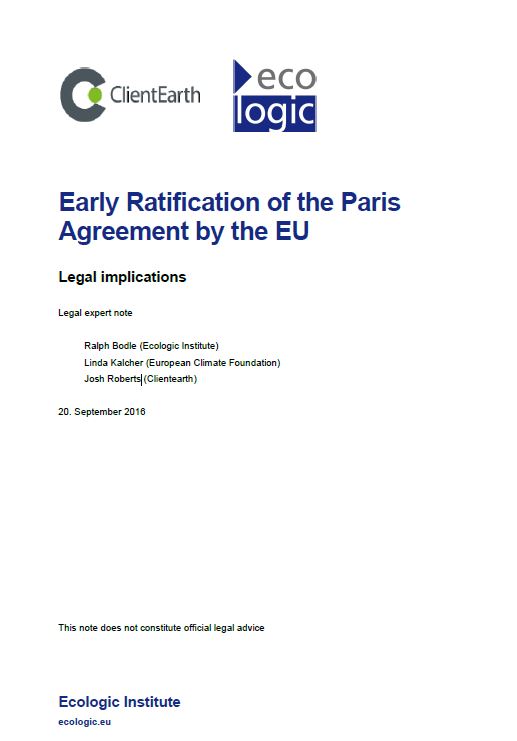 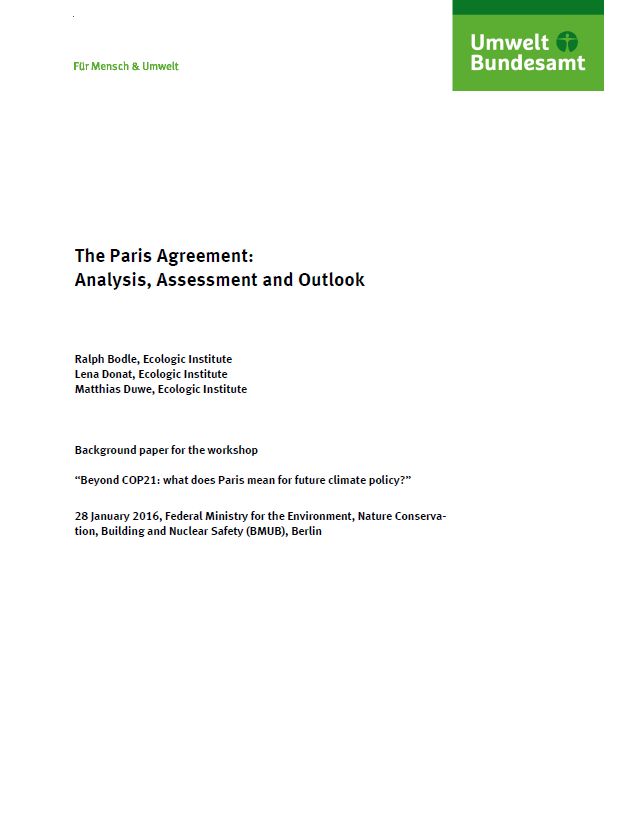 Workshop:Beyond COP21: What Does Paris Mean for Future Climate Policy?

EventDinner DialogueDisruptive Oil Futures – Decarbonisation Dynamics after the Paris Climate Summit
Supply-side factors are key to explaining the dramatic fall of oil prices from over $100 per barrel since late 2013 that have eaten into the profits of oil companies. However, oil industry observers are increasingly drawing attention to the long-term disruptive... Read more