Initially developed for the Science Year 2016/*17 – Seas and Oceans of the German Federal Ministry of Education and Research (BMBF), the funding for the youth campaign "Plastic Pirates" has been extended as part of the BMBF's research focus "Plastic in the Environment". The campaign takes place from 1 May until 30 June 2018 and allows young people between 10 and 16 years old to become scientists and contribute to a large citizen science project. A second period for sampling is envisaged for 15 September until 15 November 2018. We invite all young people to join! For "Plastic Pirates", the PlastikNet team at Ecologic Institute is collaborating with the Kieler Forschungswerkstatt.

For the citizen science project "Plastic Pirates – The Sea Begins Here!" school classes and youth groups explore German waterways and coasts to find, count and document plastic litter. Working materials to participate in the project can be ordered online.

The collected data is uploaded into a database and subsequently analysed by the experts of Kieler Forschungswerkstatt. As, until today, little research has been carried out on the prevalence of plastic waste, as well as its distribution and range in German waterways, young people will make an important contribution to researching the spread of macroplastics and microplastics. The analysis of the data collected by young people in the first phase of the project revealed that one piece of litter has been found every two square meters along German waterways. In 2016/17 more than 5.500 young people from around 300 schools and organisations have participated in the campaign.

The goal of the BMBF's research focus "Plastic in the Environment" is to develop and establish scientific procedures, methods, instruments and concepts for investigating plastics in the environment. As part of its project PlastikNet, Ecologic Institute accompanies the 18 projects under the BMBF research programme by facilitating networking among them. PlastikNet also supports the synthesis of results across the various projects and is in charge of the public relations work of the research focus. For "Plastic Pirates", the PlastikNet team at Ecologic Institute is collaborating with the Kieler Forschungswerkstatt.

The "Plastic Pirates" are back! 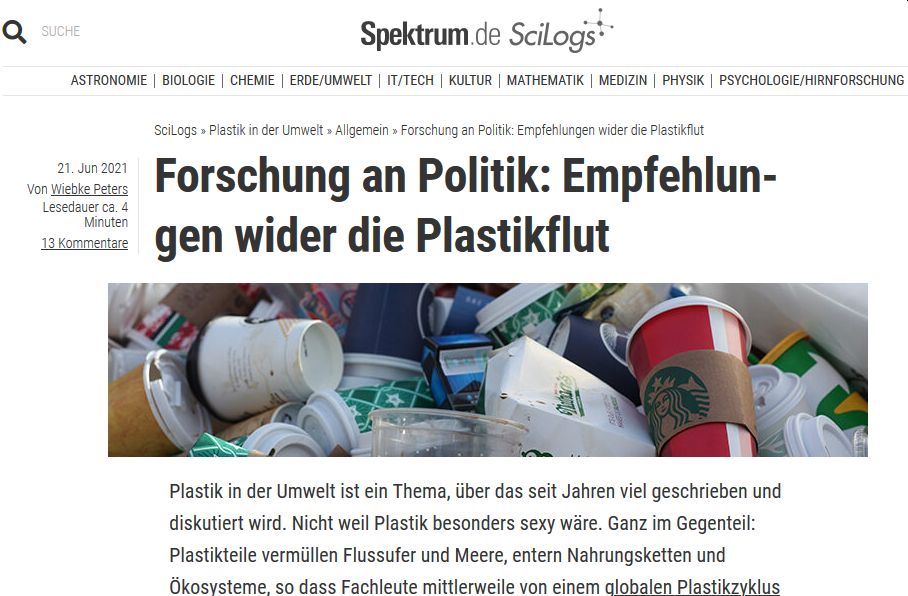 In this blog we present the most exciting, innovative, current and urgent findings from the research focus "Plastics in the Environment". Plastic waste in the environment is a global problem with unforeseeable ecological consequences. Yet we still know far too little about how plastic enters the environment, how it spreads in rivers, oceans and in the soil and how it affects humans and animals. In order to close these knowledge gaps, Germany’s Federal Ministry of Education and Research launched the research priority "Plastics in the Environment - Sources - Sinks - Solutions" in 2017.

BLOG: Plastics in the environment

Scientific findings on the sources, distribution, impact and treatment of plastics

Read more
Publication:Video
Plastic waste, plastic parts and microplastics can be found everywhere in the environment. Plastic particles are also detected in living organisms. But what exactly is the situation? To find out, the German Ministry of Research is funding the research priority "Plastics in the Environment" with around 40 million euros. Some of the results of the 20 funded research projects are presented in this video. Further results of the research projects as well as information on the activities of the research focus are available on the website. 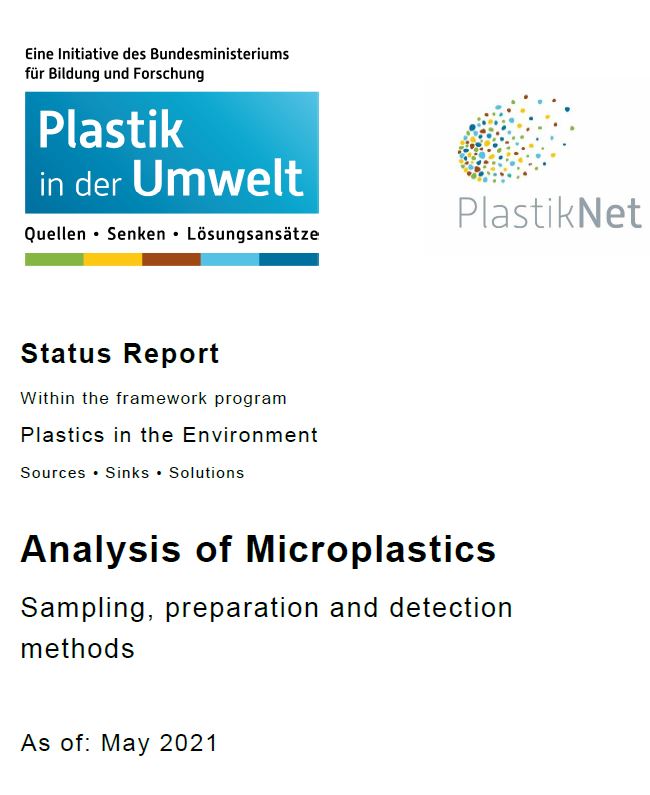 This status report was prepared within the framework of the cross-cutting issue 1 "Analytics and reference materials" of the research focus Plastics in the Environment. It summarizes the contents of the project discussions and coordination within the cross-cutting issue. The organization of this ongoing process of development or elaboration has been supported by several events between 2018 and 2020. 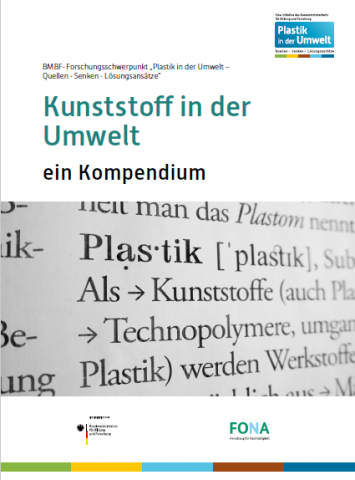 This compendium, published by Ecologic Institute, aims to sharpen relevant terms and thereby aims to contribute to the heterogeneity of the scientific community on "plastics in the environment". In addition, the brochure is intended to help ensure that communication with and by non-scientific actors on the topic is based on a terminologically correct foundation, especially in emotionally charged debates. After all, these debates are often highly relevant in shaping our future, and it seems important that the necessary political, social and economic decisions should be taken based on knowledge and factual information. The compendium is available for download. 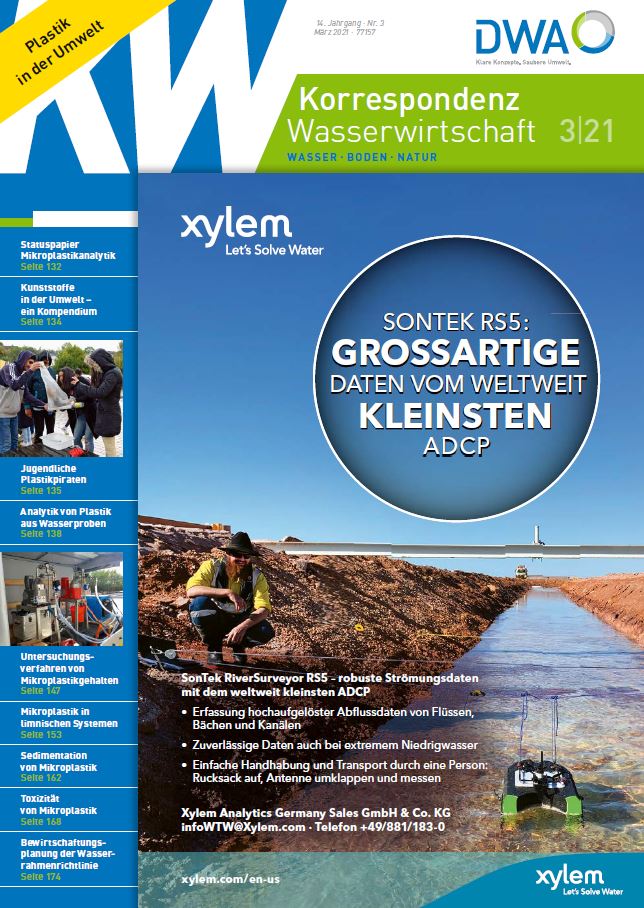 The current issue of the journal KW Korrespondenz Wasserwirtschaft (03/2021) focuses on plastics in the environment. The thematic issue contains articles from the collaborative projects PLASTRAT, RUSEKU, SubμTrack, MikroPlaTaS and PlastikBudget.

Read more
Event:Conference
Presentation and discussion of research results from 20 projects on the issue of plastic pollution.

Plastic in the Environment – Final Conference of the BMBF Research Programme

This article by Doris Knoblauch and Hannes Schritt (both Ecologic Institute) is part of the anthology "Einfach weglassen? Ein wissenschaftliches Lesebuch zur Reduktion von Plastikverpackungen im Lebensmittelhandel" (Simply Omit? A Scientific Reader on the Reduction of Plastic Packaging in the Food Trade). It deals with the emergence of plastic packaging in Germany and its known environmental impacts. The authors demonstrate that there is a close correlation between the amount of plastic packaging produced and the gross domestic product (GDP) - which, interestingly, is stronger than the correlation between GDP and packaging overall. In this context, avoidance strategies and improvement options for the circular economy are discussed. 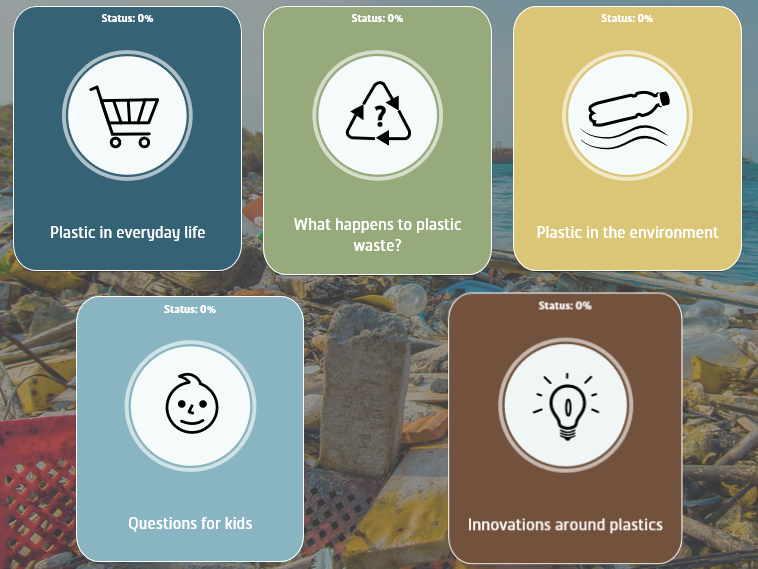 Plastics are all around us and make up an essential part of our daily lives. How much do we know about this material, its variety, the associated environmental problems and possible solutions? The quiz "Plastics in the environment - What do you know?" invites you to test your knowledge around the topic of plastics in five categories. Furthermore, the category "Questions for adults & children" contains questions suited for children.

Quiz: Plastic in the Environment – What do you know? 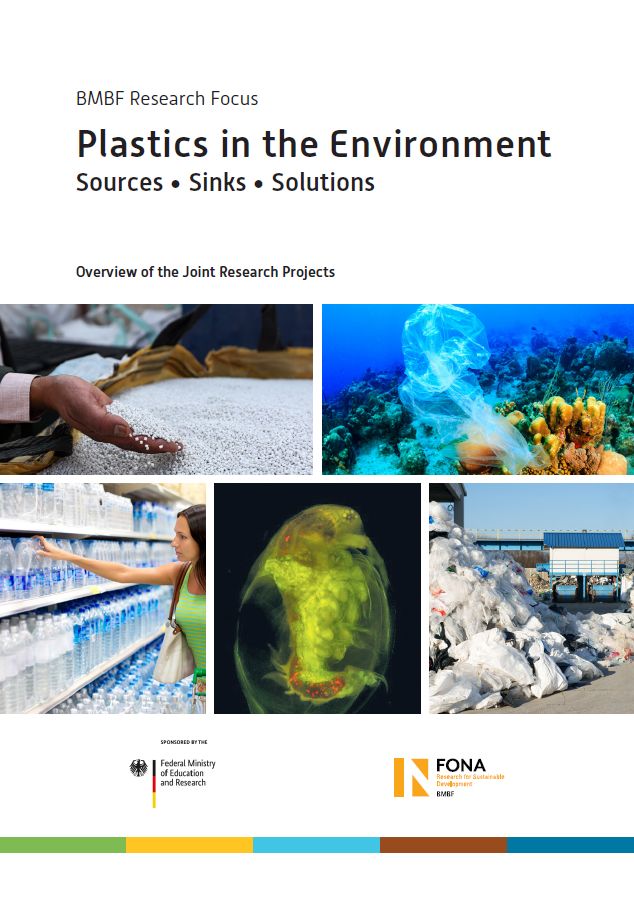